Home 2019 Executive Chef at Lido Bottle Works Shows Off Her Fish Mastery in...

Amy Lebrun, the talented executive chef at Lido Bottle Works at Lido Marina Village in Newport Beach, joined me in my kitchen to show off her fish-cookery skills. She showcased rock cod fillets, same-day caught off the backside of Catalina Island. She sourced the fish from the Dory Fishing Market, the beachside fishing cooperative at the base of the Newport Pier. The fillets, a glimmering bridesmaid’s pink, smelled sweet, proof that the fish had been plucked from the saltwater only hours earlier.

Lebrun graduated from Huntington Beach High School, where she played on the soccer team. After graduating from the culinary program at Orange Coast College, she had the opportunity to work her way up in the kitchens at Ritz-Carlton, Laguna Niguel. She cooked from the banquet kitchen to the Club Grill to the Dining Room, under the treasured mentorship of chef Dee Nguyen. She credits Nguyen with teaching her the importance of endurance. Today, Nguyen is executive chef-owner of Break of Dawn restaurant in Laguna Niguel. He conducts inspirational pop-up dinners from time to time, and she relishes those opportunities to collaborate with him. 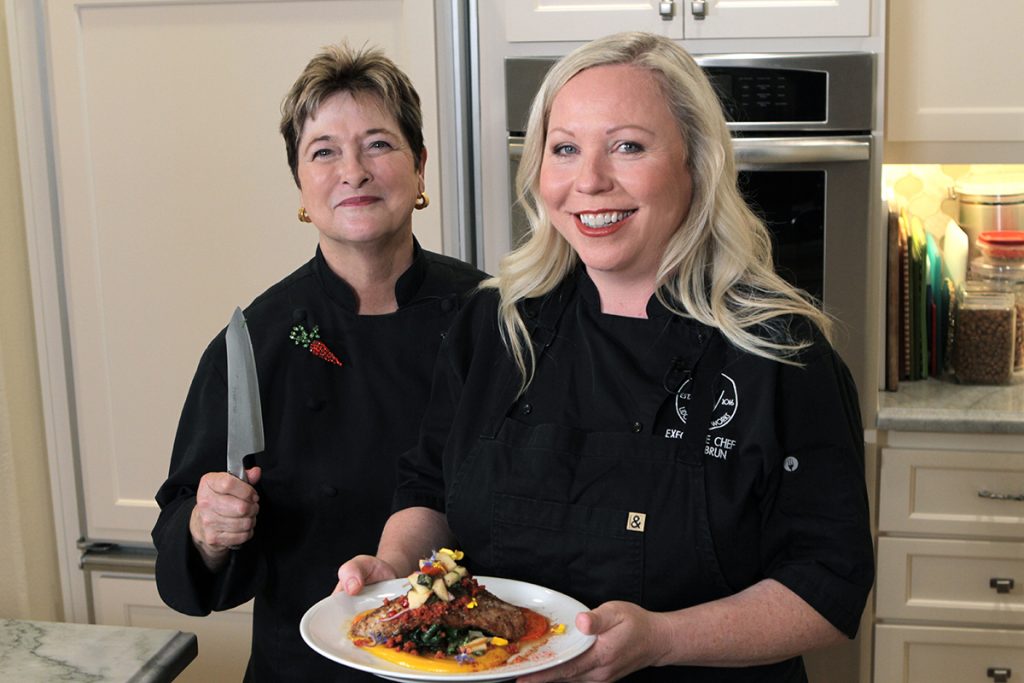 Secret Talent: She says that “bad dancing” brings her joy, especially if it is accompanied by someone who can’t sing very well.

Favorite knife: She adores her one-sided Global vegetable knife. As a student in 2000, she attended the Culinary Olympics in Germany. Her cherished knife traveled in a knife bag in the overhead bin above her head. That was air travel before 9-11.

Drink of Choice: Red wine. A Sonoma Valley Pinot Noir from Walt is one of her favorites.

Espelette Powder: She loves using mild Espelette pepper, a must-have ingredient in the Basque country of France. The name comes from the village of Espelette in southwest France. 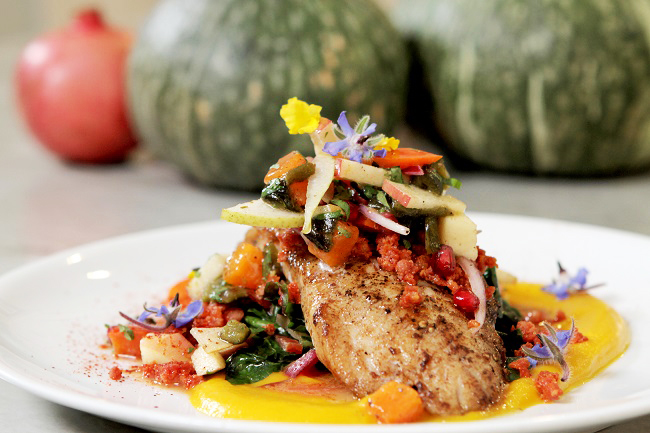 1/2 unpeeled apple, such as honeycrisp, cored, cut into 1/2-inch dice 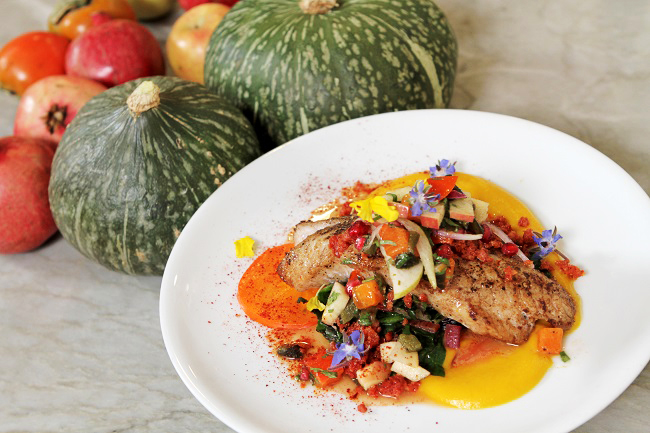