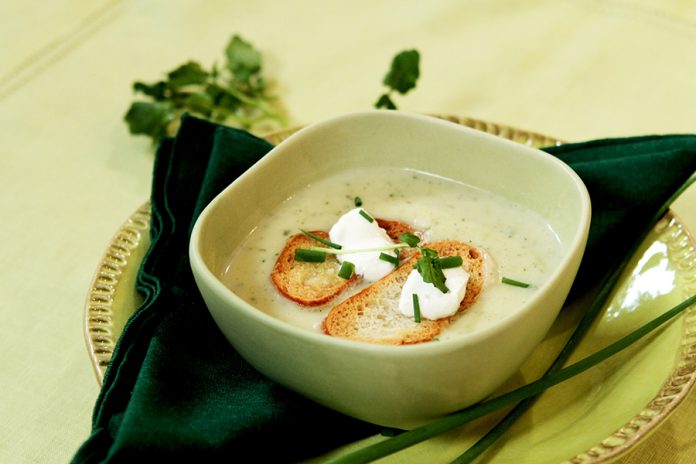 There’s no way to calculate the impact Julia Child had on generations of American cooks. For me, she provided a turning point in my culinary education. I cooked my way through her first book in my early 20s, splattering the pages willy-nilly with sauce drips, softened butter, or melted chocolate. “Mastering the Art of French Cooking  (Volume One)” was my guide to conquering classic dishes, impressing my French then-husband and mother-in-law. Julia’s voice sang on those written pages; those words were my cherished guide.

To this day, one of my favorites from that early book is her version of watercress soup, a riff on leek and potato soup that spikes the creamy puree with the just-right boldness of watercress. Raw, watercress has a peppery personality, similar to its relatives, mustard greens and wasabi. Once cooked, its flavor profile calms down, offering a taste that is milder but still bright.

The soup can be served hot or cold. It’s delicious either way. Toast a thinly sliced French baguette to use as a crunchy crouton garnish, along with some freshly snipped chives.  Or read on, to see my revised garnish with added attitude.

I like to make two tweaks in Julia’s formula that I think update it and add flavor interest. I add a few drops of an acidic hot sauce such as Frank’s RedHot to the finished soup. The vinegar in the sauce adds a just-right zing to the mix; it doesn’t make it spicy, but rather balances out the flavors. I also like to top the croutons with a spoonful of a vibrant, creamy sauce, combining crème fraiche (or sour cream) with an equal amount of prepared horseradish.

As Julia would have said, Bon Appetit. 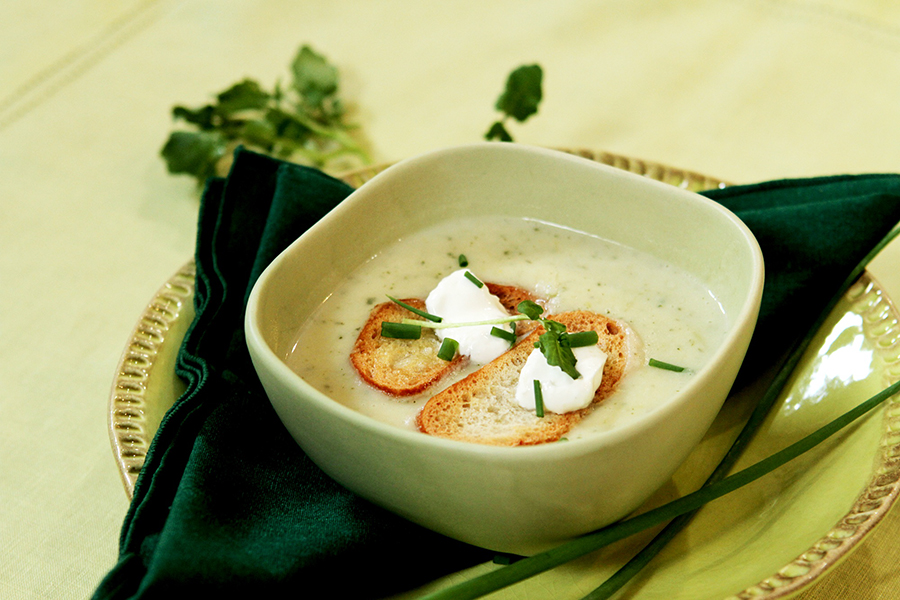 Cook’s notes: I like to slice the baguette, so it is almost as wide as the soup bowl; generally that means cutting the slices on a diagonal. I do two-per-bowl if space permits.  Chill some soup cups if serving cold.

Source: Adapted from “Mastering the Art of French Cooking (Vol. 1)” by Julia Child 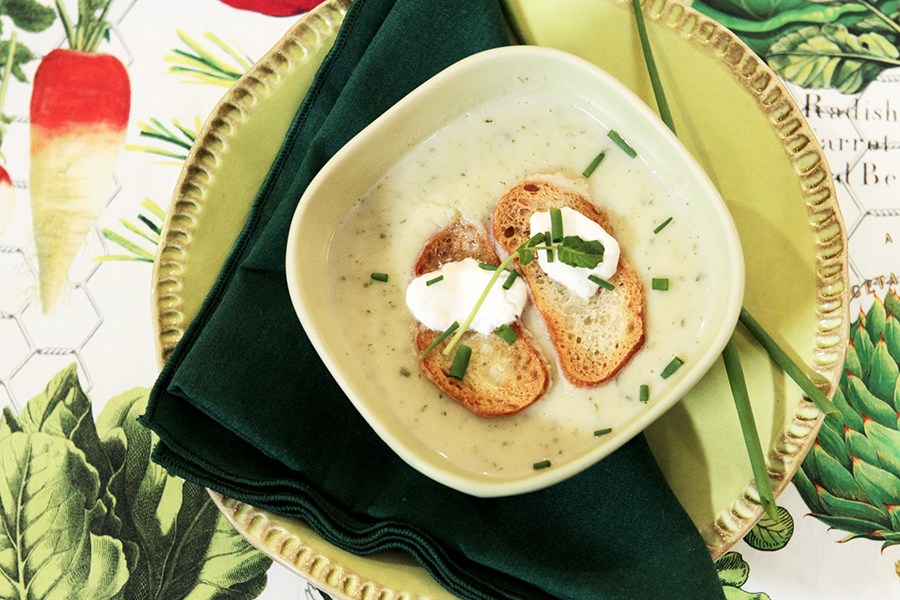