If summer is for IPA, fall is for German beer, winter is for stouts, and spring in Orange County is most certainly for firkins and pins filled with fresh cask ales. Disclaimer, although yours truly is probably the reason for most of the cask consumption in March, with my cask beer festival, some breweries are using the format to pilot different flavor combinations; sort of like if Bob Ross were to use a base beer like a blank canvas, then were to paint a few happy little trees by adding additional dry hops, coffee, or even fruit.

Andy Black, cask ale master at Torrance’s Yorkshire Square Brewing, a brewery that specializes in traditional British brewing noted, “cask beer is one of the few sublime beer experiences left in this world…keg beer just doesn’t have the opportunity for magic the way cask does.” Beers slotted for cask can take on a life of their own, not only from batch to batch, each cask from the same run can develop in different ways depending on how they’re handled and served.

Dylan Mobley, head brewer at Bottle Logic Brewing in Anaheim treats cask beers like a pilot system. “One of our founders, Lucy, has been wanting a beer in the style of Café de Olla (Mexican coffee with piloncillo sugar and cinnamon for a couple years. Using our base beer, Leche Borracho (milk stout with chiles), we’ve added piloncillo sugar, cinnamon, and coffee directly to the cask.” For Firkfest, being tiki-themed this year, Dylan wanted to try a beer version of a Blue Hawaiian cocktail, “but my favorite tiki drink is a Mai Tai…but only in Hawaii,” he confessed.

At Noble Ale Works’ recent seventh-anniversary party, brewer Brad Kominek wanted to make a skittles beer, “so we literally dumped several pounds of skittles in just to see what it was like.” As the beer poured a terracotta haze, the nose was all rainbow. Several guests had a few pours of it noting how the Skittle flavor got stronger as the beer poured. “These beers are fun to do for a big party,” Brad said.

“But cask beer is warm and flat,” some people might say about the style, in which I reply, “so is the earth!” All kidding aside, cask beers that are tapped fresh at Firkfest are notably carbonated and cold. As the theme is tiki-tropical again, expect more brewers to bring cocktail-inspired concoctions, infusing natural fruit, rum barrel-aged beer, and plenty of extra-hopped hazy IPA. As a cask can be like a big five or 10-gallon growler, I’m sure a brewery or two will bring a New England-style IPA 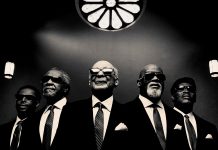 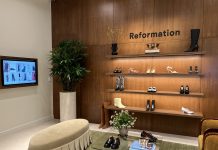 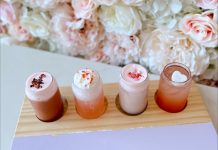 Single? 10 Things to Do for Valentine’s on Your Own or With Friends in O.C.