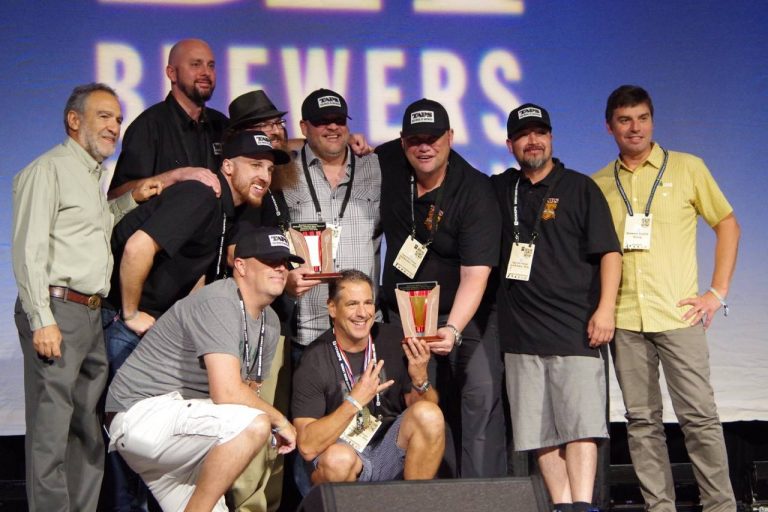 The roar of the 2015 Great American Beer Festival has been reduced to the simple sound of a push broom and the judges have all sobered up from sampling 6,647 beers from 1,552 breweries amid 92 style categories. The results are in: Orange County is home of the lager.

Within six miles, one can traverse the 57 freeway and sample four GABF award-winning lagers at the source. These beers aren’t just the best in the area, they’re the best in America.

TAPS Fish House & Brewery was the biggest winner of any Orange County brewery, netting four metals between their locations. TAPS Corona took the highest honors with two gold medals and the best midsize brewpub of the year. Beers brewed at TAPS Brea and Corona feed into TAPS Irvine, as well as other select accounts. Just down the road in Anaheim, Bottle Logic Brewing nabbed two golds for lagers; a repeat for Lagerithm, their American dark-style lager and Cobaltic Porter, a Baltic-style porter traditionally brewed with lager yeast.

Lager beer, which uses a bottom-fermenting yeast, takes longer to produce than traditional ales. With their usually-lower alcohol content and simple ingredients, a lager is more delicate and has less ability to hide flaws. Grains and hops play off each other like a bowling ball hitting a strike; the explosive flavor finishes clean as your taste buds high five your brain cells on the way back to the seats.

Notable about these wins: Bottle Logic’s Lagerithm, was first brewed by Kyle Manns, who is now back at TAPS. It’s great to see the Bottle Logic team maintain the high level of quality on that beer with a repeat medal. For a brewery that is less than two years old, this is truly impressive. Whenever a brewer leaves, there’s always some degree of skepticism about quality change, and that question was answered loudly with their success at GABF.

With TAPS: After long-time head brewer of TAPS Victor Novak left for Los Angeles last September, the big question was who could replace him. When Dave Huls and Kyle Manns came back to TAPS, they had an even bigger gap to fill with TAPS Irvine coming online. Beer recipes were reworked, new beers were added, new brewers joined, and production increased. In less than a year, I’d say they have complete validation and an exciting future. If you’re craving award winning hoppy beers, Noble Ale Works in Anaheim won bronze in the session IPA category for Nose Candy Session IPA. With the large amount of entries and the delicate nature of a shipping a session IPA for judging, it’s quite a high honor to win.

Try all the GABF winning beers: