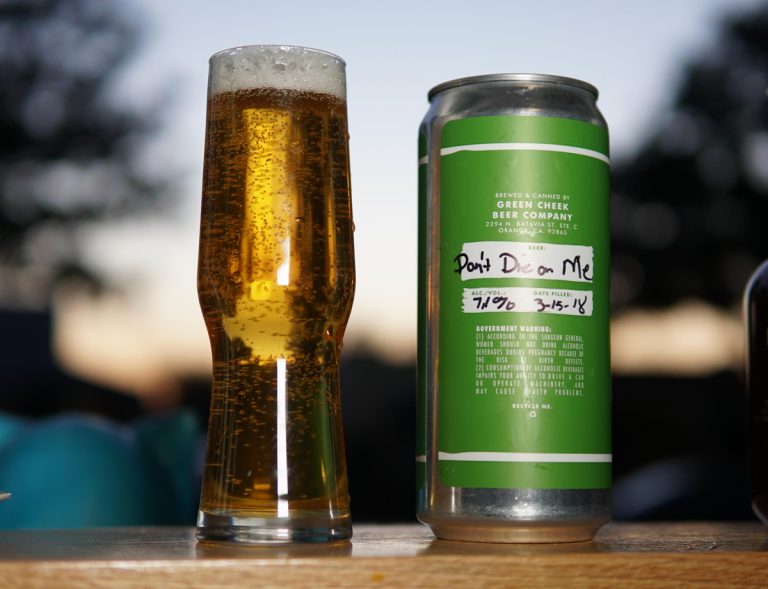 When it comes to brewing west coast IPA, California breweries talk a mean game. If you consider for a quick minute the historic beers that got us here, Alpine’s Nelson, Noble’s I Love It! IPA, and Russian River’s iconic Pliny the Elder, west coast-style IPA is what put California beer in the history books for further generations to glean inspiration from: clear and dry golden sudsy beer with a rainbow of Mosaic, Citra, Simcoe, and whatever the hop du jour may be.

Without starting some New England vs. West Coast Biggy vs Tupac debate, the LA IPA Fest just happened at Tony Yanow’s Mohawk Bend, where a hundred or so clear west coast hoppy beers battled with IPAs most notable brewers blind judging several flights of beer. If you were to look at the past results in a bubble, you might think the event is rigged. …until you try the winning beer and have that hoppy aha moment.

Only two brewers have won in the five years the event has been held. LA’s Bob Kunz of Highland Park and Evan Price. …twice with Noble Ale Works and most recently with Green Cheek Beer Company. “Bob and I share a lot of ideas when it comes to making beer,” says Price, whose past LA IPA Fest winning beer I Love It! IPA went on to win gold at the World Beer Cup the same year.

Of the 2018 LA IPA Fest winners, Don’t Die On Me, a 7.1% Green Cheek banger took first with a simple backbone of all Pilsner malt, bittered with Simcoe, and equal parts aroma hops. Although the beer is nearly gone at their tasting room in Orange, a new west coast IPA is coming in to take its place. “I don’t really like doing the same thing twice,” says Evan, “I’m always looking to improve a beer by changing it up slightly.” The name is a nod to the west coast IPA style, which a lot of beer geeks pass over for the hazy New England style. They’ve also made West in Peace IPA and West Coast IPA is Dead IPA, poking fun at the meme.

Unsung Brewing in Anaheim won the 2018 people’s choice award with Metaplex IPA at 6.5% and is made with 100% Mosaic hops. Try it at their tasting room located in the Make building across from the Anaheim Packing House.

Congrats to everyone who contributed to the @laipafest this year! 1st place = Don't Die On Me by @greencheekbeer 2nd place = Time Sensitive by @burgeonbeer 3rd place = Mai Tai P.W. by @alvaradostreetbrewery People's Choice = MetaPlex by @unsungbrewing #Repost @girlswholikebeer