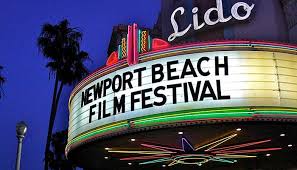 The Newport Beach Film Festival, which runs from April 26 through May 3, has added a Culinary Film Series to its 2018 documentary film program. Considering Orange County residents are a stone’s throw from exquisite dining, fresh farm stands, and bespoke wine shops, we are the perfect audience for a behind-the-scenes look at the life and passions of vignerons and chefs. Many of us have turned to NetFlix for this fix after many years and travels with Anthony Bourdain on “Parts Unknown.” It is a rare treat to have see these compelling feature stories in a large-screen theater format.

Two films in the culinary series should draw wine aficionados: “Three Days of Glory” and “Grand Cru.” Both films are Burgundy-based and filmed during the 2016 season of horrid frost and hail storms. Both films showcase the blind passion of winemakers and farmers who continue to trudge on despite economic hardships and bad weather. “Three Days of Glory” and “Grand Cru” capture the je ne sais quoi of the wine world—the magical draw of producing a compelling wine that cultivates emotions and memories. That is a big task for a beverage in a glass. The films pay homage to the respect all feel for the land they work, as well as for each other.

There are 3,500 “humble farmers” growing grapes in Burgundy, and the film states says 3,400 are experiencing economic hardships. Despite the challenges, these passionate growers persevere for the sake of tradition and respect for producing in the world’s most storied region for pinot noir and chardonnay. Each November, the tools and stresses are put aside for Le Trois Glorieuses (three days of glory), an exquisite, over-the-top celebration and homage to the wines and traditions of Burgundy. This private affair has never been filmed and shares a raucous seven-hour lunch bursting with songs and wine. It enables us to the feel the agony of the wine process and the glory of the outcome. Tickets are $15 and can be purchased online. Spend a few minutes watching the Three Days of Glory trailer and I bet you attend both screenings. After the April 29 premiere, filmmakers Scott Wright and David Baker are on hand for a Q&A.

Pascal Marchand is a famed winemaker who has dedicated more than three decades to his love of wine production. As a poet from Montreal, Marchand fell in love with Burgundy in 1983 and changed his life’s course to become a winemaker. He has made his mark in several famed wine houses, but it is his quirky and kinetic connection to the land and the natural processes of farming that have made him a compelling draw and the center of this documentary. The documentary is filmed during the 2016 vintage, which saw ruinous hail storms and freezes. The film’s audience will ride the wave of emotions and be inspired by Marchand’s zeal. Tickets are $15 and can be purchased online as well. The Grand Cru trailer had me ready to pack my bags and work a harvest under Marchand’s innovative and spiritual tutelage.

Culinary Film Series– In addition to “Three Days of Glory” and “Grand Cru,” be sure to add “Constructing Albert” to your itinerary.