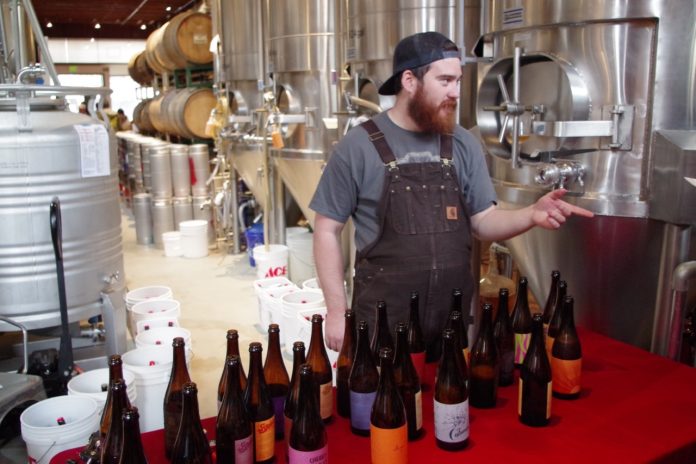 2016 was another pinnacle year for beer in Orange County. As excited as I am to see what 2017 brings, let’s take a look at back at what I think made the year in beer special. The OC Brewer’s Guild was formed, creating an event-packed OC Beer Week. Once a month, brewers and beer industry guild members meet at a brewery, network, and share ideas of how to educate and grow beer in Orange County. Enthusiast members benefitted by getting discounts to festivals, growler fills, and a swanky guild swag hat.

2016 brought awards! When someone asks, “where should I grab a beer in Orange County?” you should reply, “I hear there’s a brewery in Anaheim that won the best small brewery in the world at the 2016 world beer cup.” Noble Ale Works is just the place, and they also won gold for IPA, bronze for Double IPA, and beat a German brewery at one of their native beer styles, the salty Gose. Other breweries won big too! A few months later, The Great American Beer Festival saw even more impressive wins, including a well-deserved silver win for riip beer company’s Super Cali IPA. Orange County solidified itself as a must-stop beer destination.

Tustin’s 20th Anniversary party was bigger than ever. This year the sold-out event bled into the parking lot. I can’t wait to see what their 21st birthday will be like, as the brewery will be old enough to legally drink itself.

The Iron Press deserves a mention for their always fun tap takeover events. The crowded beer and waffle pub is usually a fine blend of industry vets, beer geeks, and the occasional random couple that gets lured in by the cool sounds of DJ LexaKhan. 2016 brought some new favorite beers. With all these new breweries comes great new beers. One brewery who seems to have hit their stride is Santa Ana’s Good Beer Company. It takes a year or two for a sour/funky beer blendery to express itself, and they’re at a level now where each release mind-blowingly better than the last. Their tasting room vibe is rustic and loungy, and makes a perfect place to kick off a downtown Santa Ana culinary or art crawl. My favorite beer from them is Cobwebs, a mixed fermentation farmhouse saison named after the tiny eight-legged creatures that protect their barrels from other insects. The beer is dry and all kinds of complex funk. The Good Beer Company is seriously underrated and should be explored with an open mind.

What were your favorite 2016 moments?