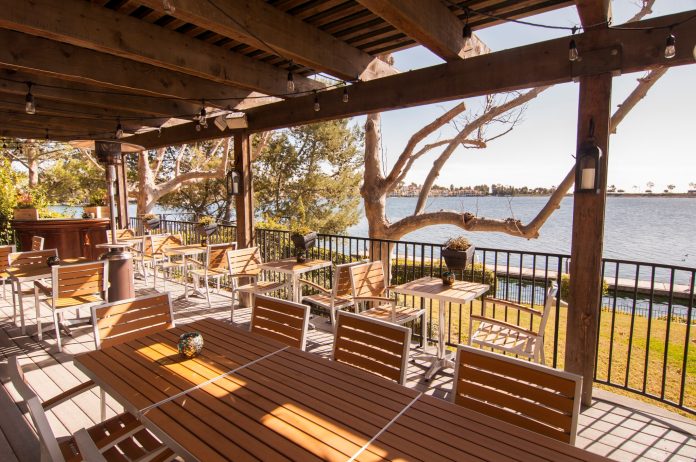 A Hidden Vine on the Lake is a quaint wine shop with a patio and sunset views on Lake Mission Viejo. Locals pop in to restock their wine fridge and enjoy a cheese plate alongside a glass from the new arrivals list. Some Saturdays, Hidden Vine hosts wine tastings featuring their favored pours, like Plumpjack and Robert Foley wineries. However, at 6 p.m. Saturday, March 17, there will be a special tasting not to be missed. The shop will be showcasing the premium wines of renowned winemaker Benoit Touquette. Wine critic Jeb Dunnuck calls him “unquestionably a rising superstar in California.” Touquette is the winemaker for many Napa Valley wineries, including Hartwell, Kata, Jack Quinn, Teeter-Totter, and his own label, Fait-Main. French born and a graduate of the University of Bordeaux, Touquette fell into the wine business accidentally. He was working a mobile bottling line in Bordeaux to pay for graduate school, and was overcome and inspired by the passion and dedication of the winemakers. He decided to get an enology degree, and was mentored by Michel Roland, and Andy Erickson of Harlan and Staglin fame. He also consulted for Screaming Eagle and Ovid, and now has become an esteemed winemaker across several labels.

On March 17, Hidden Vine will pour six wines from Touquette’s portfolio. The price is $100, not including tax and gratuity. In addition to the premium wines, guests will enjoy an appetizer, cheese and charcuterie platter, and dessert.

Teeter-Totter is sold exclusively through a mailing list. Familiar Air debuted in 2015 with just 168 cases produced. Kata debuted in 2013, under the direction of historic owner David Beckstoffer. Kata is also sold only via a mailing list. In 2004, Touquette began producing wines for Jack Quinn from the historic Agave Rose Vineyard on the Rutherford Bench (Jack Quinn retails for about $100 per bottle). Fait-Main translates to handmade in French and is Touquette’s own winery. The Sleeping Lady Vineyard cab is grown just south of Yountville. As expected, Fait-Main is sold to those on their mailing list.

To say this is a special tasting is an understatement. Kudos to Hidden Vine for curating such a spectacular tasting of wines not readily accessible to Orange County wine lovers.   Reserve your spot today by calling 949-916-4810.