When Legends Brewing founder Jay Talley slides a chilled pint of his award-winning lager across the bar, his excitement is part of the experience. A gleam in his eye and a frothy head clinging to the glass, my first sip of a Legends beer was a like a warm hug from an old friend. Aurora, Legends’ red lager, feels like something new, something old, something borrowed, something brewed. Hints of cherry blush through the beer, giving way to a crisp, subtle smokey caramel finish. At 6.2% ABV, this beer is downright sexy.

Befuddled by Aurora, the black lager Sable slides in front of me is a contrast with a solid finger of frothy foam topped like a fuzzy white Russian ushanka hat. Film noir in color and taste, Sable seems cut and dry. Roasty, creamy, with a touch of smoke, this beer is best served with a sax solo and cigarette.

Some of the beers showed signs of soft opening, however, but if head brewer Jeremy Mayo can pull off three solid lagers, I have full confidence things on the ale side will come together with a few recipe tweaks. Double Karma IPA lacked the big hoppy nose one expects from the neighborhood, and the Wit beers, being sort of like the blank canvas of the beer world, were fairly aggressive in delivery. Again, minor tweaks.

Legends Tasting Room is now open, a whip-crack and fox whistle away from The Ranch restaurant in Anaheim on Ball and Lewis. The tasting room is indeed legendary, with inlaid TVs, high-backed tasting room chairs, and the distinction of being now the closest brewery to Disneyland.

Speaking of legends, Anaheim Ducks captain Ryan Getzlaf partnered with the brewery to give proceeds of a special beer to the Duchenne Muscular Dystrophy research. Details to be announced shortly. 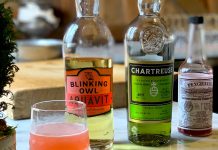 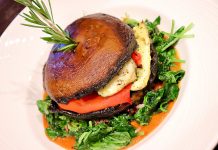 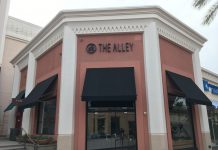