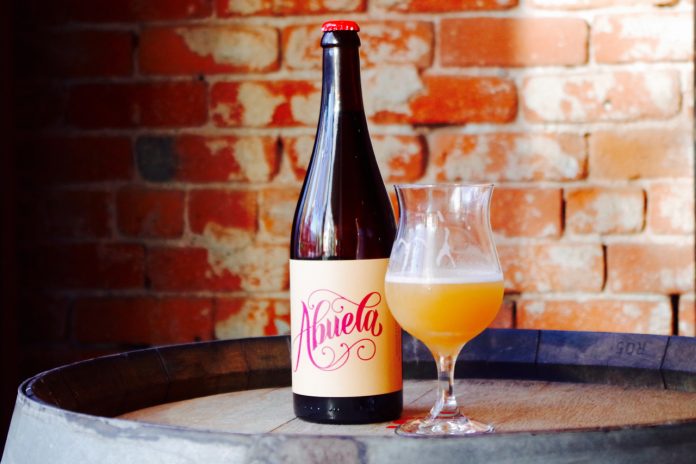 Redolence can be described as “a smell that rings a bell.” I find this often in beer, which, after all, is highly aromatic. Most often, a certain hop or coffee beer can conjure thoughts of friends and family—this time it was a big bouquet of fruit—and it was in a beer made in Santa Ana.

After one whiff of The Good Beer Company’s latest Sangrioro release, Baya (dark berry sour/farmhouse beer), I was immediately transported to my childhood, when my friends and I would raid a wild blackberry bush in the neighborhood. With violet-purple fingertips, we would pluck and eat dozens of the plump-seedy berries, some of which were tart, others ripe and sweet as pie.

Sangrioro Baya preserved the essence of blackberries, boysenberries, and olallieberries in beer so perfectly, I could get a sense of the skins, thorns, and even the stems of the fruit. Packed with more than a hundred pounds of fresh California fruit per oak barrel, this beer nearly crosses the line into fruit juice territory. As a sour, Baya is on the approachable side of tart, where the purple-hued liquid bursts like fireworks on your palate, even disappearing clean and dry. At only 4.5 percent ABV, this flavorbomb is beyond ripe, and my mouth is still watering for another jammy sip.

Sangrioro Pepe is all about the stonefruit, where peaches, nectarines, and apricots can almost feel fuzzy on each sip. The nectaries really sing in this batch, and the barrel funk that flashes at the finish adds a nice complexity. Pepe is also 4.5 percent.

Abuela, the third release in the series, has no fruit but makes up for it with layers of pinot noir barrel. Its soft, oaty vibe lends itself to a peach fruit tea-like finish. At 7 percent, this beer hits hard in the farmhouse, sporting that soft sour funk we look for in a mixed-fermentation saison.