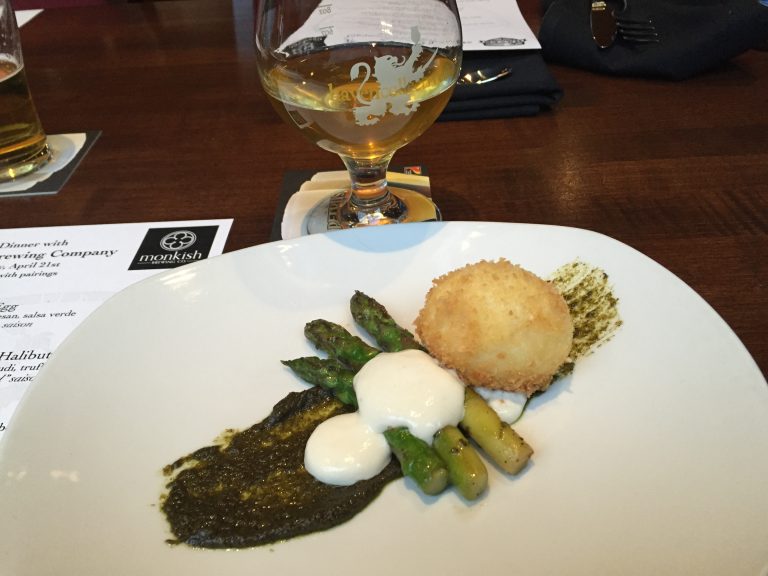 With spring in full swing, it’s time to shuck off the winter blahs and find some local beer events. Luckily March is packed full of awesome, starting with a stunner of a beer dinner at Haven Gastropub in Orange. Beer dinners are a monthly occurrence at Haven, where the chefs masterfully pair five courses with brews from local breweries.

At a past beer dinner, I noted the skill of Haven’s chefs, Greg Daniels and Craig Brady, at pairing beer with cuisine. It’s like they’re playing a game of Tetris, where the food sometimes fills gaps in the beer, and a sip of the beer seems to fill holes in the food. Each pairing is completely considered, and each bite and sip like a symphony. Seated communally, you’ll find the brewer and chef interaction to be educational, and it may spawn conversation with tablemates that mysteriously gets louder after each course.

On Wednesday, March 16, Santa Ana’s The Good Beer Company will pair five fresh farmhouse ales with a five-course dinner prepared by Haven’s chefs. If you can’t make that one, here are a few other ways to dip in the beer dinner scene this month: