When I hear the words sour beer, I salivate uncontrollably like one of Pavlov’s dogs. After drinking one? I’m a fat kitty drunk on catnip. Aside from my domesticated animalistic behaviors, sour beer is fast becoming the latest hotness. At the first California Craft Beer Summit in Sacramento on September 10-11, I got a chance to hear two of California’s most noted sour beer producers chat frankly about the wild, pucker-inducing beverage.

Vinnie of Russian River Brewing and Patrick of The Bruery kicked things off with a few samples of their sours while discussing the history of the Belgian Lambic style and how it all translates to sour beer being made here.

Brewers start with a brew that is ideal for wild yeast and bacteria, or “bugs*” as they call it. Wild yeast eats the sugars and produces alcohol along with funky and complex flavors. The “bugs” feast on complex carbs and create lactic acid, the sour in sour beer. The beer is then added to used wine barrels, where the wood’s cellulose provides an additional food source for the bugs and also a dark environment for the beer to nestle in for a few months and get tart. Finally, the beer is blended together to form one final gorgeous product.

Sour beers come in many sub-styles, Belgian Lambic being the most popular as it’s the base beer for Kriek (cherry Lambic), Framboise (Raspberry Lambic) and Gueuze, which is a blend of three different years of Lambics. Germany also contributes a couple historical sour styles; the Berliner Weisse (tart wheat beer typically low in alcohol) and the Gose, which can be both salty and tart.

Good sour beer is more expensive, why? The additional cost of wine barrels, time and handling play the biggest part. As each barrel is its own environment, there’s a chance a barrel needs to be dumped due to vinegar-creating bacteria, or if it got oxidized. Not only is there a big risk in dumping beer, there’s a chance it can infect the rest of your brewery if not meticulously clean. Sour beer producers often have two sets of equipment and employees to mitigate cross contamination issues. 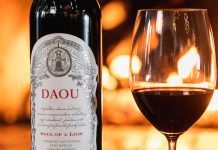 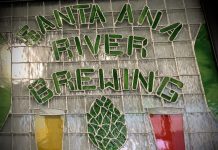 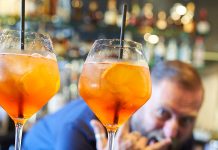 There Are Perfectly Good Lunch Cocktails at Bello by Sandro Nardone