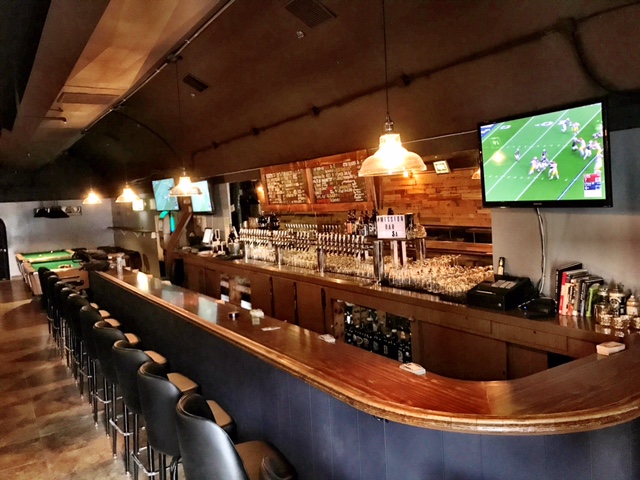 “I’ve been working in craft beer over the last twelve years,” says Anthony.  “I started in San Diego at Karl Strauss, then took a job working for Tony Yanow’s beer and food management, helping open Tony’s Darts Away, Mohawk Bend and two Golden Road locations. I was the General manager at all locations.”
When not busy with all that, Pecos had the time to do pop-up’s at Coachella, FYF, L.A. Vegan Beer Fest and also ran the Craft Beer Garden at Coachella for two years. I get the sense his first foray into Orange County won’t be his last.

“Opening my own craft beer bar has been something I’ve been wanting to do for long as I can remember. I’m a huge fan of the craft beer scene, the community, the culture and the people. And I’m extremely excited to finally have my own place within this world.”

Adding to Santa Ana’s already diverse tap lists, Mission Bar has a good mix of pint-worthy beers at extremely reasonable prices, ranging from $5-7 during normal hours and drop to $4 for happy hour, with varying pour sizes for big beers. Glassware styles also vary per beer style, something I look forward to enjoying in the future. Not knowing the bartender, I played dumb and got some very good suggestions, so rest assured even if you’re not a typical camo-shorts and Pliny shirt wearing beer geek, you’ll do just fine here.
Food can be delivered in from a variety of local eateries, including Mix Mix Kitchen, which is next door.
Mission Bar
302 North Main Street
Santa Ana, Ca 92701