Cakebread Cellars makes regular appearances on many restaurant wine lists in Orange County, and the classic, elegant wines are easy to find and plentiful in our local wine stores. So when I received an email last week asking if I’d like to have breakfast with Dennis Cakebread to sample his Mullan Road Cellars Bordeaux style red blend wine, I didn’t hesitate. I’d be a fool to miss a one-on-one opportunity with a Napa Valley legend.

Dennis and his brother Bruce manage Cakebread Cellars, which was founded in 1973 by their parents, Jack and Dolores. The family decided early on to set a growth cap on their wines to maintain the consistency and hand-crafted quality for which they’re known. Not wanting to let their acquired decades of wine wisdom go to waste, they considered producing wine outside of Napa Valley. “We wanted a project and location that allowed us to make a great, focused wine at a minimal level of stress,” Cakebread said. That’s no easy goal in an industry wrought with challenges like drought, fire, flood, insects, and water rights, to name a few.

After much thought and extensive research, Cakebread found himself in Walla Walla, WA. This agricultural town In Eastern Washington has exploded as a vineyard hot spot in the past decade. Its unique silty, granite-based, flood plain soils and long warm, summer days create the perfect locale to grow distinct cabernet sauvignon, syrah, merlot, and cabernet franc.

“I knocked on a few friends’ doors, toured the miles and miles of open land, and found a gem in the Seven Hills Vineyard.” A history buff, Cakebread entrenched himself in the local lore. He noticed a sign in town for the historic Mullan Road, built in the 1860s for wagon passage over the Rocky Mountains to the Pacific Ocean inlet. Thus, the launch of the Mullan Road Cellars brand and the Cakebread family’s foray into a new wine experience.

Cakebread wanted to keep Mullan Road wine separate from Cakebread for identity’s sake, but the trust in the family’s name—and its scores—proved too strong.

Mullan Road Cellars is an aromatic and stylish red blend of mainly cabernet sauvignon with a finishing blend of merlot and cabernet franc. The 2013 vintage earned 90 points from Robert Parker’s Wine Advocate and 91 from Antonio Galloni in Vinous. In Orange County, you’ll find it poured at Uncorked Wine Bar in Rancho Santa Margarita, Settebello Pizzeria in Newport, Main Street Wine Co. in Huntington Beach, and the Mesa Verde Country Club in Costa Mesa. You can purchase the 2013, 2014, and soon the 2015 vintages at Von’s, Albertson’s, Hi-Time Wine Cellars, and Total Wine, for about $40. 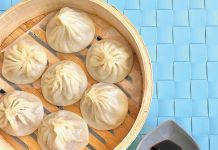 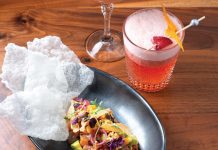