It’s no secret I have a soft spot for a well-crafted lager beer and crisp lager-like ales. I created a March of Lagers in which I focus on the family of beers, and I made a bold statement hoping 2020 becomes the year of the Italian Pilsner. Now with Logger Fest on the horizon, which my colleague Greg Nagel will have a preview of, it’s a good time for a primer on the difference between lager and ale.

The short answer is … nothing! Both are still beer. The lines are so narrow between them that there may come a time when the designation is not needed. But if we dive deeper into these two families, we find there are differences: yeast species, fermentation temperature, aging temperature and duration, and fruit character.

Yeast Species
This is the only real physical difference between ales and lagers. There are two main species of yeast that brewers choose from. Ale yeast (also known as top-fermenting) is called Saccharomyces Cerevisiae, and lager yeast (also known as bottom-fermenting yeast) is called Saccharomyces Pastorianus. Both species have many different strains that branch off, but both act the same in the context of basic fermentation metabolism.

The likely reason for the bottom or top-fermenting label seems to correlate with the amount of kräusen (pronounced kroy-zen) found at the top of the fermenter during active fermentation. Kräusen is the fluffy stuff that develops at the top of the fermenter made up of yeast and proteins and other materials frothed up as a result of yeast metabolism.

Fermentation Temperature
In general, ale yeasts ferment at a temperature range from 65 to 70 degrees on average with some strains being able to ferment comfortably well into the 90s. The result is a vigorous, relatively quick fermentation and development of lots of frothy kräusen. Lager yeast typically ferments at lower temperatures, from 48 to 58 degrees on average. Because of this lower temperature, fermentation is less violent, takes much longer, and there is less kräusen.

Aging Temperature & Duration
A basic ale is generally not aged for very long and usually cold crashed (significant drop in temperature to about +/-40 degrees) after fermentation. This helps the yeast and proteins to drop out and aid in clearing up the beer. A typical ale is ready to serve in about two weeks.

Lagers ferment at lower temperatures resulting in a much slower metabolism. Fermentation can last a few weeks or more. The word lager comes from the German verb lagern (to store). After primary fermentation is complete, lagering at about 33 degrees can begin. In this secondary fermentation, the beer further clarifies and the flavors round out. Lagers can take months to complete, although new lagering techniques can reduce the time to about a month and a half.

Fruit Character
Ale yeast produces a noticeable fruit character because of the quick fermentation, generally higher temperatures, and short aging. The compounds that cause this are called esters. This is acceptable and desirable in most ales. By contrast, lagers display very little to no fruity esters, explained by the slower, cooler fermentation and lagering.

Curveballs
Hybrid beers throw us off course and show off how far we have come in our understanding of what used to be a clear line between ale and lager. These hybrid beers are a blend of ale and lager using aspects of both, with either lager yeasts fermented at the lower-end of ale temperatures or ale yeast fermented at the higher-end of lager temperatures, and involve lagering for a period of time regardless of yeast strain or species. Example style of this are cream ale, California common, Kölsch, and Altbier.

Another curveball are tart and/or funky beers fermented with other organisms and/or wild yeasts such as wild Saccharomyces, Brettanomyces, Lactobacillus, Pediococcus, and Acetobacter. Most beers fermented with any type of yeasts/organisms do so at room temperature or higher. By this notion, they are considered ales.

High-alcohol beers are usually an ale of some kind, but there are also lagers available that can reach ABV’s above 10 percent, such as Eisbock.

“Lagers are yellow beers.” … FALSE!
Doppelbock, Dunkel, Märzen/Oktoberfest, American amber/dark lager, Schwarzbier, and Baltic porter are examples of copper to nearly black lager beers.Keep an eye out for any brewery at any given time to have either a crisp lager-like beer, a hybrid, or a fine lager. We are lucky enough in Orange County to be surrounded by breweries producing beautiful examples of lager beers. You will usually find at least one lager at Chapman Crafted, TAPS, Brewery X, Green Cheek, GameCraft, Artifex, and Bruery. Hybrids can frequently be found at Unsung, Stereo, Tustin, or Docent. Don’t forget the Logger Fest coming up the first weekend in February. 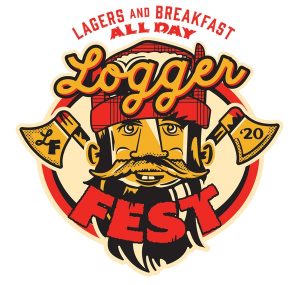 I hope I’ve made it clear the line is not as clear-cut between these two families of beers as some marketing ploys may imply it to be.

And remember in the end, actually and literally, it’s just beer.