Home 2018 A Year’s Worth Of Noteworthy Drinks 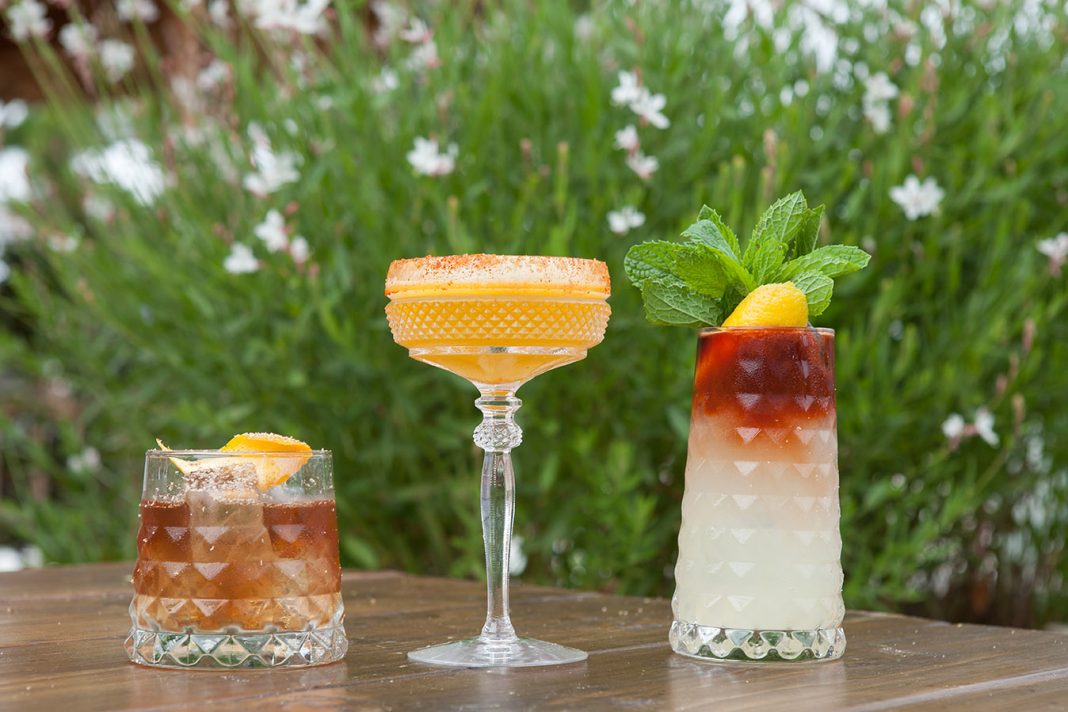 Editor’s Note: Since our redesign in August of 2017, we’ve been spotlighting a drink every month in our Food & Drink section. Here’s a look back at every “Drink of the Month” since then.

August 2017
Donn’s Dream at Hatch
In the heat of summer, nothing cools like an artfully balanced tiki drink. At Hatch, the retro-cool slider slinger in Tustin’s Union Market, try Donn’s Dream (a Mai Tai-like ode to the legendary Donn Beach): Plantation Grande Reserve 5 and Flor de Caña 4 rums with a splash of Creole shrub and simple syrup.

November 2017
Tokyo at Vacation
On just about any day, Santa Ana’s Vacation is the ideal getaway. The chic, leafy bar crafts its cocktails around a dozen global destinations. Take a trip to Tokyo with a verdant, refined drink of green tea, pear eau de vie, sake, peach Calpico (a Japanese soft drink), and aquafaba, the vegan answer to egg whites.

December 2017
El Sabio at Pueblo
Where most restaurants consider a partial liquor license a hindrance, Costa Mesa’s Pueblo uses it as inspiration. The typical beer-and-wine offerings are invigorated with unique vermouth cocktails that lean on classic Spanish flavors. Try the El Sabio, an easy-drinking highball of elderflower tonic, pear, and sweet vermouth.

January 2018
Hickory-Smoked Old-Fashioned at Tempo Urban Kitchen
If you’re in need of a winter warmer, try this twist on the Old-Fashioned. The Brea restaurant infuses whiskey with a quick blast of hickory smoke and balances this with Luxardo Amaro Abano, a trio of bitters (Angostura, Peychaud’s, and orange), and a sweet bit of maple syrup.

February 2018
Polynesian Kiss at The Blind Rabbit in Anaheim
There are few bars as dramatic as The Blind Rabbit, a period playhouse of moody, retro kitsch. It’s perfect for cozying up with the sweet, warming sting of a Polynesian Kiss, with cognac, rye, apricot liqueur, grapefruit, lemon, raspberry, bitters, and a drift of cinnamon. But snag a reservation first.

April 2018
Shinko Perry Cider at Tree Branch Cider House
A lighter, crisper alternative to beer, cider is having a moment. O.C. now boasts its first tasting room in Huntington Beach’s Tree Branch Cider House. As with any good tasting room, the tap list changes, but you can often find the pear-forward Shinko Perry. Look for more California craft ciders (and beer, too).

May 2018
Smokey The Bear at Farm & Culture Co.
SoCo’s kombucha specialist is on the cutting edge of cannabis, infusing some of its kombucha mocktails with the plant’s healthful CBD. Smokey The Bear has a double shot, plus an infused  kombucha of smoky lapsang souchong tea—served on the rocks, garnished with a CBD gummy bear.

June 2018
Pink Moon at Blinking Owl Distillery
A staple at Blinking Owl’s bar in Santa Ana, the Pink Moon is all about aquavit, an aromatic spirit infused with caraway, hibiscus, dill, and fennel. It’s paired with lemon juice, Angostura bitters, and falernum (an almond-and ginger-flavored syrup) for a refreshing, warm-weather winner.

July 2018
Silly Rabbit at Mix Mix Kitchen Bar
The Silly Rabbit is as memorable as they come: Arette tequila colored a brilliant orange by carrot-Thai chile syrup, enlivened with lemon and lime juice, and scented with clove and smoky mezcal. It’s naturally sweet with a prickly burn, a signature drink for this Santa Ana restaurant’s global menu.

September 2018
OG Cane at Tropicane in Westminster
For those warm late-summer days, try the Vietnamese sugar-cane juice called nuoc mia. Stylish newcomer Tropicane specializes in the stuff. Its OG Cane is as classic as it gets: sweet, refreshing sugar‑cane juice balanced with a tart shot of muddled kumquats and fresh kumquat juice.