A respected singer and percussionist, Beltran blends Afro-Cuban rhythms with Latin jazz and R&B in his music. With his jazz orchestra, he has headlined several music festivals, performs regularly at local jazz clubs, and is known for his energetic, charismatic performances. Curtis Theatre, 1 Civic Center Circle, Brea, 714-990-7722, curtistheatre.com

This popular Southern California band returns for a second year to entertain with its mix of rock, R&B, jazz, country, and pop as part of the Concerts on the Green summer series. Picnicking is encouraged, and food trucks will be on-site. Civic Center Green, 100 Civic Center Drive, Newport Beach, 949-717-3800, newportbeachca.gov/culturalarts

Movie buffs can enjoy wine, small plates, and popcorn while lounging on patio furniture in Casa Romantica’s courtyard during the screening of this 1963 film about a wealthy woman trying to evade three men who claim they’re owed money her dead husband stole. Starring Audrey Hepburn and Cary Grant, it’s a cross between a romantic comedy and a whodunit. Casa Romantica Cultural Center and Gardens, 415 Avenida Granada, San Clemente, 949-498-2139, casaromantica.org

Charlie Colin (founding member of Train), Stan Frazier (founding member of Sugar Ray), and brothers Joel and Scott Owen (PawnShop Kings) got together to form this rock band as a side project. Onstage, they play their respective bands’ hits, along with originals. Irvine Barclay Theatre, 4242 Campus Drive, Irvine, 949-854-4646, thebarclay.org 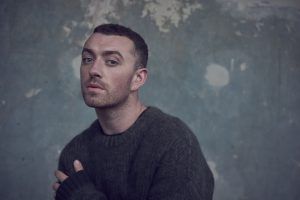 The Grammy Award-winner makes his first stop at the Honda Center during this tour promoting his second album, “The Thrill of It All,” which debuted at No. 1 on Billboard’s Top 200 Album Chart. Expect the set list to include hits such as “Too Good at Goodbyes,” “I Know I’m Not the Only One,” and “Stay With Me.” Honda Center, 2695 E. Katella Ave., Anaheim, 714-704-2500, hondacenter.com

GALA OF THE STARS

“END OF THE RAINBOW”

In this Tony-nominated musical set in 1968, Judy Garland is in a London hotel room planning a comeback with her new fiancé and her accompanist. Playing Garland, Angela Ingersoll performs some of the actress’s most beloved songs, including “For Me and My Gal,” “The Trolley Song,” “The Man That Got Away,” and “Over the Rainbow.” Laguna Playhouse, 606 Laguna Canyon Road, Laguna Beach, 949-497-2787, lagunaplayhouse.com 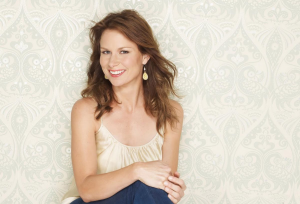 The actress and writer, best known for playing Chloe O’Brian on the TV series “24,” brings her one-woman comedy show to the stage. She got her start on the cult favorite HBO sketch comedy show “Mr. Show With Bob and David,” and has appeared in several films, including “Julie and Julia,” “Little Miss Sunshine,” and “Punch Drunk Love.” Irvine Improv, 527 Spectrum Center Drive, Irvine, 949-854-5455, irvine.improv.com

The world’s premier competition for skimboarders, this annual contest starts at 8:30 a.m. with the under-8 division and runs all day. Professional skimboarders from across the country and beyond come to compete against Orange County’s best. Aliso Beach Park, Laguna Beach, thevic.victoriaskimboards.com

This energetic jukebox musical tells the story of Emilio and Gloria Estefan, the Cuban-American couple who fronted the Miami Sound Machine and rose to fame with hits such as “Conga” and “Rhythm Is Gonna Get You.” They also fought through hardship after Gloria was critically injured in a tour-bus accident in 1990. Segerstrom Hall, 600 Town Center Drive, Costa Mesa, 714-556-2787, scfta.org

In this screwball comedy, two struggling actors steal a celebrity’s coffin thinking it’s the perfect heist, given that the kidnapping victim is dead. But when they try to ransom the remains back to the superstar’s widow, their plan starts to fall apart. STAGEStheatre, 400 E. Commonwealth Ave., Fullerton, 714-525-4484, stagesoc.org

“E.T., THE EXTRA-TERRESTRIAL” AND PACIFIC SYMPHONY

As Steven Spielberg’s classic tale about an alien marooned on Earth and the kids who work together to help him get home plays on the big screen, the Pacific Symphony performs the film’s Oscar-winning score, which was written by John Williams. Pacific Amphitheatre, 88 Fair Drive, Costa Mesa, 714-708-1500, pacamp.com