The UC Irvine MFA graduate (2011) and former professional house cleaner was bartending in New York last year when she won the $50,000 Whiting Award for fiction and got signed by a literary super-agent. Her novel, originally published with little notice in 2015, will be reissued next month, with plans for later releases in Great Britain, France, Italy, and Spain, plus a sequel next year.

On the novel… “Pretend I’m Dead” tells the story of Mona, a lonely cleaning lady in Lowell, Mass., who volunteers at a needle exchange and falls in love with a junkie. She gets her heart broken, decamps to Taos, N.M., and opens her own cleaning business. There, she’s in search of healing and a sense of belonging.

On the initial publication… (The original publisher) asked to see the manuscript and said, “We’ll publish this, and we’ll give you $500.” Wow, 500 bucks! I bought a pair of boots, and they published the book. I was waitressing at the time. I bought 300 copies myself and sold them to all my customers.
I bought them at 40 percent discount, so I made a little bit of money. I just carried on waitressing and started writing the next book.

On the sequel… Terry Gross is a major character in the new book. She’s Mona’s invisible friend. I listened to “Fresh Air” a lot when I was cleaning houses. She used to talk to me. She’d be like, “What’s the best way to clean the tub?” and I would explain to her. She would act all fascinated. So I put that in the book.

On O.C. memories… I had a dog, and I dedicated the book to my dog. He died. I would bring him to Huntington Dog Beach. I practically lived there. My dog loved that beach, so I would go many times a week. His name was Heffo. He was a Jack Russell. Actually, he was the dog of one of my housekeeping clients. He bit their baby. I was like, “You should get rid of the baby.” I was in love with the dog. They said, “No, we’re going to keep the baby; do you want the dog?” That’s how I got the dog. 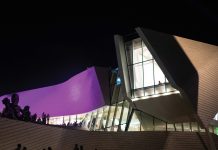 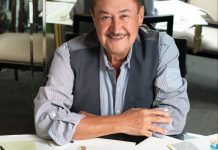