“Bring the gay back to Laguna.”

That was the rallying cry last year, when the city staged its first annual Gay Pride party, an event that returns in a more expansive form the first weekend of June.

After a decades-long lapse in the Laguna gay vibe, it promises to be a wild affair. The famed Boom Boom Room, once part of an entire block of gay bars, opens again for just one night. Rainbow flags will festoon the city. West Street Beach will offer endless volleyball games and a DJ. There’s a sunset party opening night in Heisler Park, and a walking tour of gay cultural landmarks will be tied to the trolley stops.

The events are planned to complement, rather than compete with, the third annual Orange County Pride Festival and Parade in Santa Ana, which draws more than 15,000 people and is scheduled for June 23.

But has the gay scene really fled Laguna Beach? And if it has, can this new tradition bring it back?

To find out, I drop in for an Oscar party at the last gay bar in town, the Main Street Bar and Cabaret. This location will host a kickoff party June 1.

As I enter, all eyes are on actress Allison Janney, killing it in a red angel-sleeved gown on a TV screen over the bar. Stress melts from Robert Ricker’s gold-jacquard shoulders as Will-the-bartender, wearing only a bow tie and vest over his ripped abs, gives him an impromptu massage.

But at the opposite end of the bar, dropping by after his son’s football game, realtor Chris Tebbutt, 47, isn’t laughing. Tebbutt grew up in Mission Viejo and left for New York. Three years ago, he finally accomplished a long-time dream—resettling with a family of his own in Laguna Beach, where he could feel comfortable surrounded by a nurturing LGBTQ community.

“But then I got here, and it was, ‘Oh, no. It’s not what I thought it was anymore,’ ” he says. He joined radio personality Craig Cooley and Larry Ricci, who created the beloved Club Q senior social club, to create a Gay Pride event.

The men say several guests cried at last year’s party at the revived Boom Boom Room, which closed in 2007. Some were so advanced in age that they hobbled into the venue with canes and walkers.

“They told us, ‘I never thought I’d be back in this place. I miss all my friends,’” Tebbutt says.

For older members of the LGBTQ community who lost loved ones to AIDS, the grief is especially ongoing, despite, and sometimes because of, the passage of time.

“When the AIDS epidemic hit, the chamber of commerce didn’t want to talk about it,” Tebbutt says. “Robert Gentry (the mayor of Laguna Beach and one of the first openly gay mayors in the U.S.) said, ‘We’ve got to talk about it.’ But the town went dormant. … They (gay people) felt completely abandoned by the city.”

Cooley says “AIDS put Laguna into a comatose state. The city felt it was bad for tourism and travel. They wanted to cleanse it.”

But now, the Visit Laguna Beach destination tourism group is helping promote the city as a gay resort destination.

“The LGBTQ market is a significant one with disposable income, so they will remain one of our target markets under our overall destination brand,” says Ashley Johnson, president and CEO of Visit Laguna Beach.

There is still a considerable gay population here, if the 100-plus-member-strong Club Q is any indication. I lived in Laguna when AIDS became pervasive, and I saw the exodus. Many moved to Palm Springs. Others were simply priced out of a bohemian town that gentrified.

Johnson says some in the LGBTQ community were driven out by economics: “The main factor why so many left was due to the increasing residential and commercial rates, causing several of the gay-specific businesses to close.”

Add to this the change in the populace. A few men at Oscar night noted that while they welcome the public acceptance of the LGBTQ community, it has had the unfortunate side effect of dissolving the old sense of camaraderie.

But the culture thrives this month, and the Pride organizers hope to attract an international crowd, with special package deals at some hotels.

Though they expect the event will continue, this could be the last year to see the Boom Boom Room in all its splendor. Developers are planning a restoration of the original building. The plans, if approved (so far they have been sent back by the city a couple of times), do not feature a restored Boom Boom Room.

Skeptics wonder if the gay vibe will also disappear when Gay Pride is over. The organizers are more optimistic.

“I do think more gay people will consider Laguna as a place to live again,” Tebbutt says.

“There’s an explosion of gay culture here,” adds Cooley. “The fuse is lit, and it is happening.” 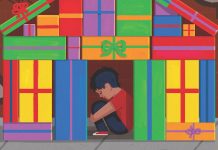 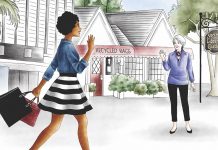