In December 1980, Apple made its initial public offering on the stock market. John Lennon was shot and killed. Tom Selleck starred in the premiere of “Magnum P.I.” And on the local arts scene, South Coast Repertory offered its first adaptation of Charles Dickens’ 1843 novella “A Christmas Carol.” In the main role of Ebenezer Scrooge was Hal Landon Jr., who at 39 played a character much older.

This month, Landon, 78, who has played Scrooge in every performance since then (about 1,300), will portray the character for the final time. We talked with the soft-spoken, unassuming SCR founding artist—one of six—about his decision to step down from the iconic role, what it has meant to play Scrooge for 40 years, and what’s next.

So why step down now?

There was not really any specific thing: nothing physically wrong or I was getting tired doing the role. I still love the part. It was more that 40 years was enough. I have to stop sometime, so “right now” felt like a good time. But the only thing I’m stopping is “A Christmas Carol.” As for the rest of my acting career, I’m full steam ahead!

Have your views on Scrooge changed over the years?

Yeah. I mean, 40 years is a long time. You wouldn’t want to do it exactly the same way. But I tried to emphasize staying true to the story. There was a time when I thought, “Well, no one can be that bad!” and just show a little bit of humanity so that Scrooge is capable of making this change. But the more I played him, and the more I read Dickens’ other stories and similar characters like Scrooge, the more I realized they were pretty much unredeemable. Whatever lies within Scrooge in terms of who he becomes is completely subconscious. That’s why it takes a dream to reach into his subconscious and pull out all those memories that manage to effect the change.

How have you managed to keep it fresh for yourself and audience members who keep coming back year after year?

The key thing for keeping it fresh is staying in the present moment as the character. I’m not anticipating what’s going to happen next. That way, it’s always fresh for me, because my character doesn’t know what’s coming. There has to be an overall sense of “It’s happening for the first time.” The other component in keeping it fresh is reading up on Dickens’ era. I usually try to come up with either a new thing or a change in some way to Scrooge’s earlier life, something that contributes to his fear of destitution that made him the way he is, with this irrational obsession of making money.

Does the story still resonate with today’s audiences?

In fact, that’s one of the main things that’s kept me going with Scrooge for as long as 40 years—the response of the audience. It clearly resonates with them. As it turns out, more and more I have lots of people come up to me … to tell me not just how much they enjoyed the play, but how much it means to them and how Christmas for them doesn’t start until they see “A Christmas Carol.” And they’d bring their kids and, in some cases, those kids are now bringing their kids. So it definitely has an effect on people, even today.

What are some of your happiest memories of playing Scrooge? And your saddest?

My daughter Caroline took classes (at SCR Conservatory) and thus was eligible to be in the play. She played one of the small parts—Girl About Town (1995)—so I was able to share the experience with her, which was nice because when I’m doing it, I can’t be with my family. Last year, my granddaughter Presley played Tiny Tim. That was really fun.

As for my saddest: A while ago, a woman approached me about her husband, who had seen the show a number of times. But he had only a few months to live and he wasn’t going to be able to come to the show that year, so she asked me if I could come see him, which I did. So he got one more experience with “A Christmas Carol.” He passed away shortly after that.

Any challenges or surprises that stand out?

The bedposts used to be much taller than the ones we now have. I decided it would be a good idea to fall over one of the bedposts. So I did that, forgetting I had this long nightgown, which got caught on one of the bedposts. I fell on the floor headfirst. I needed time to clear my head. The audience thought it was hysterical—but that was a close call!

I also broke my right little toe one year and my left little toe the next! But now I have kind of subconscious radar on my feet, and nothing like that has happened since.

Tell us about your signature move: The Hat Trick.

We were rehearsing that scene after Scrooge’s transformation … and John-David Keller, the director, said: “It would be great if we had some final, definitive, physical thing here. Maybe you could do a backflip off of the bed.” I said, “Well, you need a real gymnast to do something like that.” But then I noticed the hat was sitting with the crown down, just about where I’ve always placed it since. So I said to him, “What if I kinda jumped into the hat, do a somersault over the bed, and end up on the other side, with the hat on?” (Laughs) And he said, “If you can do that, great!” So I tried it, did it the first time—and I’ve been doing it ever since!

Twice. Once, when I didn’t put my head far enough into the hat. I just did the somersault and the hat was still on the bed. That was easy to fix: I just went back around and did it again. The other time, I hit the hat and it went flying! It wasn’t even on the bed. I couldn’t find it!

Speaking of misses, what will you miss most?

That special relationship one develops with the cast, especially those cast members who have been in “A Christmas Carol” for long periods of time. I’ll miss that camaraderie. And I’ll miss how much the audience appreciated the show.

A TIP OF THE HAT

“Hal Landon Jr. so defined the role of Ebenezer Scrooge. To truly embody such a wide range of emotions is the greatest compliment anyone can give an actor—and Hal deserves it.”
—David Emmes, SCR Founding Artistic Director

“He is a completely dedicated actor, a thorough professional. I don’t know of anyone who doesn’t like Hal Landon.”
—Martin Benson, SCR Founding Artistic Director

“Having watched Hal as a student subscriber, then coming to work here and now interfacing with Hal for decades, what has been consistent about him, besides his professionalism and incredible talent, is his generosity and good sense of humor. The warmth he brings wherever he goes—it’s always a joy to have Hal around. He’s an incredible man with a big heart, but very humble. He has a special way of making me laugh.”
—Paula Tomei, Managing Director at SCR

“Forty years in such a demanding role speaks to what a clean liver and being a good athlete can do. Hal leads a quiet, stable, and calm life. But when he plays Scrooge, it’s bigger than life!”
—Jerry Patch, SCR Literary Consultant, dramaturge for SCR’s “A Christmas Carol”

“He’s a family man and a genuine, honest human being who has created an accessible Ebenezer Scrooge. It has been a privilege and an honor to have worked with him. He will be missed.”
—Richard Doyle, SCR Founding Artist and actor who plays the Ghost of Christmas Past

“Hal has an amazing humanity to him, a directness with his Scrooge, which is why people connect to him. I see how incredibly committed and passionate he is. He’s also very sweet and very funny.”
—Hisa Takakuwa, SCR Director of Education Programs and SCR Conservatory, Assistant Director of “A Christmas Carol” in charge of child actors, former cast member

“Hal has great comic timing and a tremendous range and presence. He has a charisma on stage that you just can’t learn. You’re just born with it, and he certainly was.”
—Karen Hensel, drama instructor and retired actress, who played Mrs. Fezziwig for nine years

“He brings so much commitment to the role and always tries to keep it fresh, which I find really inspiring. He’s become synonymous with the role.”
—Alex Knox, actor who worked with Landon as a child and adult and now plays Ebenezer as a Young Man 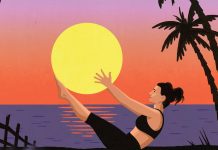