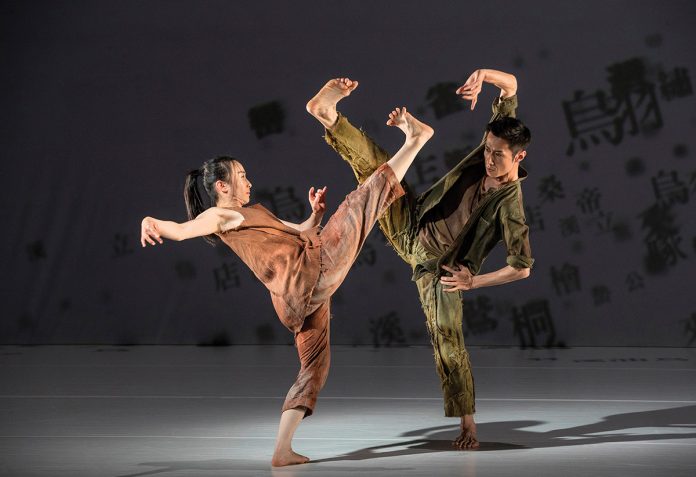 ORANGE COUNTY RESTAURANT WEEK MARCH 4 THROUGH 10
More than 100 restaurants in 21 Orange County cities offer fixed-price menus for lunch ($10 to $20) and dinner ($20 to $50) during this 10th annual event. Participating restaurants include fine-dining spots and  cozy gastropubs. Many menus are posted online in advance. ocrestaurantweek.com

BUDDY GUY, MARCH 14
Rock and Roll Hall of Fame inductee Buddy Guy brings his iconic sound and style to town. The master of the blues guitar is a seven-time Grammy Award winner and a Kennedy Center and National Medal of Arts honoree. Musco Center for the Arts, One University Drive, Orange, 844-626-8726, muscocenter.org

JO KOY: BREAK THE MOLD TOUR, MARCH 16 through 25
Drawing on the success of his most recent Netflix comedy special, “Jo Koy: Live from Seattle,” the Filipino-American comic has been selling out shows across the country. He’s a regular on “Chelsea Lately” and a weekly guest on the “Adam Carolla Show” podcast, and he recently launched his own podcast, “The Koy Pond with Jo Koy.” Irvine Improv, 527 Spectrum Center Drive, Irvine, 949-854-5455, irvine.improv.com

“50/50: CALIFORNIA ART IN TRANSITION, 1940-1970”, THROUGH MARCH 31
Showcasing a 30-year period in California art, this exhibit shows how artists and techniques from Europe and other parts of the world caused a split in the way our art schools taught: Half adopted the new modern and abstract style, while the other half continued to teach representational painting. Hilbert Museum, 167 N. Atchison St., Orange, 714-516-5880, hilbertmuseum.com

TOMATOMANIA!, MARCH 2 THROUGH 4
During this annual event, tomato-lovers can buy seeds and seedlings for more than 300 heirloom and hybrid tomato varieties, pick up tomato-growing tips in classes taught by master gardeners, and purchase all the pots, stakes, and fertilizer necessary to grow the tasty fruit at home. Roger’s Gardens, 2301 San Joaquin Hills Road, Corona del Mar, 949-640-5800, rogersgardens.com

DANA POINT FESTIVAL OF WHALES, MARCH 3, 4, 10, AND 11
This annual festival marks the height of the California gray whale-watching season and celebrates the return of the once-endangered mammal with a parade, art exhibits, a sand-sculpting contest, a classic car show, and a lecture series on marine mammals. 949-461-1095, festivalofwhales.com

“CAMBODIAN ROCK BAND”, MARCH 4 THROUGH 25
This play follows Neary, a young Cambodian-American who digs up evidence that could put away a chief henchman for the Khmer Rouge. At the same time, her father returns to Cambodia for the first time since fleeing 30 years earlier. Real-life rock band Dengue Fever provides the soundtrack. South Coast Repertory, 655 Town Center Drive, Costa Mesa, 714-708-5555, scr.org

“AMERICAN VISIONARY: JOHN F. KENNEDY’S LIFE AND TIMES”, OPENS MARCH 10
Taking an in-depth look at one of our country’s most admired presidents, this exhibit presents Kennedy’s life and political career through more than 70 photographs. Seminal moments—including his first congressional bid, his wedding, his presidential campaign, and his assassination—are all represented in the show. Bowers Museum, 2002 N. Main St., Santa Ana, 714-567-3600, bowers.org

EMMANUEL NKURANGA, OPENS MARCH 20
The self-taught painter and mixed-media artist displays his recent work in this solo show. Based in Rwanda, Nkuranga runs the Inema Art Center in Kigali and the Art with a Mission organization, which provides art instruction to orphans. Proceeds from sales of his art support the orphans’ school fees. Casa Romantica Cultural Center and Gardens, 415 Avenida Granada, San Clemente, 949-498-2139, casaromantica.org

FIRKFEST CASK BEER FESTIVAL, MARCH 24
Our own booze-blogger Greg Nagel is back with his annual all-cask beer festival for the 5th time in the Anaheim Packing District. Featuring tropical-style beers made just for the festival, this year will bring Tiki cocktails to the mix from well-known O.C. bartenders. 30 breweries, 55 casks, and food from Urbana, The Butchery, Adya – Fresh Indian Flavors, and Lido Bottle Works (extra). Anaheim Packing District – Farmers Park, 713-798-3019, firkfest.com

“SHREW!”, OPENS MARCH 24
Celebrated playwright Amy Freed turns Shakespeare’s classic battle of the sexes, The Taming of the Shrew, on its head in this cheeky play that imagines what would have happened if a 16th-century woman had written the story. South Coast Repertory, 655 Town Center Drive, Costa Mesa, 714-708-5555, scr.org

CLOUD GATE DANCE THEATER OF TAIWAN PRESENTS “FORMOSA”, MARCH 16 THROUGH 18
The renowned dance company presents the West Coast premiere of this work choreographed by the troupe’s co-founder, Lin Hwai-min. Based on stories about Portuguese soldiers landing on the island of Taiwan in the 1700s, it reflects on community, tragedy, hope, and rebirth. Segerstrom Hall, 600 Town Center Drive, Costa Mesa, 714-556-2787, scfta.org

“IT PASSES LIKE A THOUGHT”, opens MARCH 3
Using the work of several multimedia artists, this exhibit explores birds, flight, birdsong, and the powerful symbol that avian species have been for many worldwide cultures over the centuries. Beall Center for Art and Technology, UC Irvine, 712 Arts Plaza, Irvine, beallcenter.uci.edu

“THE BOOK OF MORMON”, MARCH 20 THROUGH APRIL 1
The hit Broadway show about a comically mismatched pair of missionaries and their adventures in Uganda won nine Tony Awards, including best musical. Written by Trey Parker, Matt Stone, and Robert Lopez, it was first staged in 2011 and has been hailed as one of Broadway’s funniest musicals. Segerstrom Hall, 600 Town Center Drive, Costa Mesa, 714-556-2787, scfta.org 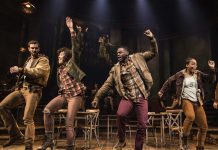 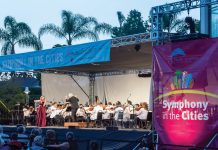