Dana Point Turkey Trot | Nov. 23
For the 40th year, the coastal city will offer walkers and runners a way to justify that extra helping of mashed potatoes and gravy with the Thanksgiving day 10K, 5K, and Kids Gobble Wobble. The flat, scenic course welcomes runners of all levels, and all participants receive medals. 949-496-1555, turkeytrot.com

Imagine Dragons | Nov. 16
Expect to hear favorites such as “Thunder” and “Believer” off the album Evolve on this tour stop for the mega-popular Las Vegas-based rock group, which burst on the scene in 2013 with the album Night Visions and the hit single “Radioactive.” Honda Center, 2695 E. Katella Ave., Anaheim, 714-704-2500, hondacenter.com

Maz Jobrani (left) | Nov. 16 through 18
You might recognize him from “Superior Donuts,” a CBS sitcom that just started its second season, but Jobrani honed his comedic chops on the stand-up circuit, performing around the world (and at the White House in 2016). See him in his element during this three-night run. Irvine Improv, 527 Spectrum Center Drive, Irvine, 949-854-5455, irvine.improv.com

Library Live With William Finnegan | Nov. 9
Finnegan, an award-winning reporter and staff writer at The New Yorker, discusses his Pulitzer Prize-winning book “Barbarian Days” and his lifelong affair with surfing. The coming-of-age memoir touches not only on the waves he has chased from California to Hawaii to Australia, but also on friendship and family. Newport Beach Public Library, 1000 Avocado Ave., Newport Beach, 949-548-2411, nbplfoundation.org “Ella Enchanted: The Musical” | Through Nov. 12
This charming musical, which is adapted from Gail Carson Levine’s book and staged for the elementary-school set, follows teenage Ella, who was “enchanted” by a fairy as a baby and can’t disobey an order. As the story unfolds and she learns how to outwit her evil stepmother, she finds her voice. South Coast Repertory, 655 Town Center Drive, Costa Mesa, 714-708-5555, scr.org

“Empress Dowager Cixi: Selections From the Summer Palace” | Opens Nov. 12
The Chinese empress dowager at the center of this exhibit was known as a skilled politician who consolidated the Qing dynasty during her regency, from 1861 to 1908. But she was also a dedicated patron of the arts, shown through the more than 100 objects on display here. Bowers Museum, 2002 N. Main St., Santa Ana, 714-567-3600, bowers.org

Tango Buenos Aires: The Spirit of Argentina (right)| Nov. 18 and 19
The celebrated tango ensemble traces the evolution of the dance in this show through the music of singer and composer Carlos Gardel, perhaps the most prominent musician in the history of tango music. The performances are part of the Getty’s Pacific Standard Time: LA/LA, an exploration of Latin American and Latino Art in Los Angeles. Renée and Henry Segerstrom Concert Hall, 615 Town Center Drive, Costa Mesa, 714-556-2787, scfta.org

“Tribute to Ella”| Nov. 3 and 4
Guest vocalists Harolyn Blackwell, Aisha de Haas, and Capathia Jenkins join the Pacific Symphony to pay tribute to Ella Fitzgerald, who would have celebrated her 100th birthday this year. They’ll commemorate the “First Lady of Song” by playing some of her most beloved tunes, such as “Dream a Little Dream of Me” and “It Don’t Mean a Thing (If It Ain’t Got That Swing).” Renée and Henry Segerstrom Concert Hall, 615 Town Center Drive, Costa Mesa, 714-755-5788,
pacificsymphony.org “Chess- The Musical” | Nov. 11 through 18
This musical—with music by Björn Ulvaeus and Benny Andersson of the pop group ABBA and lyrics by Broadway veteran Tim Rice—was first staged in 1986 and approaches the political tensions of the Cold War through the game of chess, as the American grandmaster and the Russian champion vie for the attention of the same woman. Irvine Barclay Theatre, 4242 Campus Drive, Irvine, 949-854-4646, thebarclay.org

“Nabucco” in Concert | Nov. 14
Opera legend Plácido Domingo headlines this concert version of the Giuseppe Verdi masterpiece with the full cast from the stage production, including the LA Opera Chorus and Orchestra. James Conlon conducts the principal singers, 60-member chorus, and 72-member orchestra. Musco Center for the Arts, One University Drive, Orange, 844-626-8726, muscocenter.org

An Evening with David Sedaris (left) | Nov. 15
Famous for his pieces on “This American Life” and in The New Yorker, Sedaris uses razor-sharp wit, keen powers of observation, and his own experiences to comment on human nature in today’s world. His touching and funny insights have made him a best-selling author, most recently of “Theft by Finding: Diaries (1977-2002).” Irvine Barclay Theatre, 4242 Campus Drive, Irvine, 949-854-4646, thebarclay.org

A Lesson in Jazz with The Donald Brown Trio | Nov. 10
Jazz pianist Donald Brown arrived on the scene in 1981 when he joined legendary Art Blakey’s Jazz Messengers. Since then, he has worked with luminaries such as Diane Reeves, Wynton and Branford Marsalis, and Christian McBride. He has also earned a reputation as a composer, bandleader, and music educator, all of which will be on display at this concert. Soka Performing Arts Center, 1 University Drive, Aliso Viejo, 949-480-4278, soka.edu

“Oliver!” | Nov. 11 through 19
Based on the Charles Dickens novel, this musical features the antics of 9-year-old orphan Oliver Twist and a group of pickpockets led by the charming Artful Dodger. It won a Tony Award for Best Original Score and includes songs such as “Food, Glorious Food” and “Consider Yourself.” This production is part of the Youth Theater program, aimed at elementary and middle-school kids. Laguna Playhouse, 606 Laguna Canyon Road, Laguna Beach, 949-497-2787, lagunaplayhouse.com 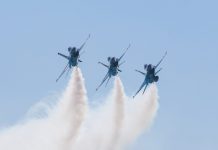