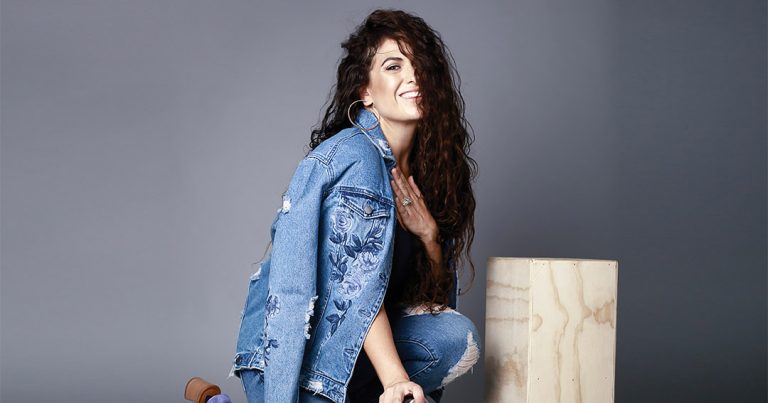 What’s your history with tap?
I started tap dancing when I was 2. I got involved in a youth tap company in Orange County when I was 11. Now I’m artistic director of my own preprofessional tap company called Reverb, for ages 9 through 18.

Didn’t we see Reverb at this year’s Newport Beach Film Festival?
A four-minute piece I choreographed called “Hamilton: Tap’d Out” was an official selection.
Lin Manuel Miranda brought hip-hop to Broadway, melding something new with something that’s seen as old, and I wanted to do the same thing with tap. Making it relevant but not diluting it.

Tell us about the O.C. Tap Festival.
The festival is tap nerd heaven. My husband, Ron, and I started it last year, and this year we expect around 150 attendees. It’s going to be tap classes morning till night—more than 60 classes for all levels and ages, panels, tap history lunches, and a concert at the end featuring our faculty and a student showcase.

Who’s on the faculty?
It’s an all-star lineup. We’re flying in people who aren’t normally accessible. Anthony Morigerato, who is Emmy nominated for his work on “So You Think You Can Dance?” Ted Louis Levy, a Tony-nominated choreographer. Sarah Reich, who has toured with Post Modern Jukebox. Ivery Wheeler, who was a mentor to Savion Glover.

What is your goal with this festival?
This is our legacy to this area. I was given so much as a child—knowledge, hope, life lessons. My goal is always to give back, to pour out what was poured into me.