The virus was definitely a thing, but it still seemed far away. A cruise-ship thing.

Then in a snap, days before the big gala in March for Orange County School of the Arts, everything started to shut down. The COVID-19 numbers skyrocketed; the governor signaled closures.

My neighbor Greg McCollum’s phone piled up with messages: “What is the school going to do?”

Straw bales for the haystack bar were piled up in the warehouse ready to go. The rustic wooden chandeliers were dusted. The whiskey was chilling, and the fiddlers were tuning. Dozens of student performers had spent months perfecting their Western-themed numbers.

“It knocked the wind right out of us,” says McCollum, one of six honorary co-chairs for the annual OCSA gala.  “We realized: ‘Oh, wow. This show’s coming down.’ We’d put so much time and energy into it. We couldn’t believe it was happening.”

As it did for thousands of other donors, patrons, and volunteers, the coronavirus put an immediate stop to the many months of planning, courting, and finessing that go into every charitable fundraiser.

McCollum called friends from Chicago, who were flying in to attend the gala: “Turn back now.”

“We’re on the jet bridge at O’Hare,” they told him. “We’re almost to our seats.”

In a county built during the last half century on fundraisers, the future has become uncertain. This month, the social season traditionally begins, but the dance bands have all been stilled. The pandemic has left many organizations wondering how they are going to survive without the big-ticket parties.

“For years, the fundraisers have provided a gathering space here,” says Brie Griset Smith, chief development officer at Discovery Science Foundation. Griset Smith is a fifth-generation county resident who traces her lineage back to our iconic bean farms. “Orange County is special in that way. We connect with one another when we’re in a space together, when we hear stories about the impact we create.”

A few of my favorite black-tie events normally kick off the season this month: the gala for Discovery Cube Orange County, which has turned into a big costume party; the soulful, candlelit Romance of the Mission; and the jaw-
droppingly dramatic (think giant dragons) South Coast Repertory gala.

Some organizations haven’t decided how to move forward without the fundraisers. Several postponed their big events, only to have to delay them further. Others have come up with alternatives to the gala, development ideas that could result in additional sources of funding.

Leaders of OCSA have been happily surprised that most donors who had already purchased gala tickets did not demand refunds. Events scheduled for this month and beyond might not fare as well. By summer, Discovery had raised $150,000 of the $500,000 it normally nets at the gala, which had become the talked-about masquerade event in the social season, with guests going to extremes to sport the best costumes, including, recently, an Iron Man get-up made on three 3D printers in five countries. Griset Smith and her team have come up with what they hope is an innovative solution to making up the deficit—a sponsorship model, allowing patrons to underwrite projects they feel strongly about.

The Pacific Symphony also had to improvise for the annual opening event party scheduled for Sept. 26. Although this could change, the plan as of midsummer was to break up the event into backyards. Instead of buying a table for 10, patrons host 10 friends in their backyards, with music performances, a catered dinner, and the opening night on the big screen.

A significant 21 percent of the Pacific Symphony’s contributions budget of $11 million comes from fundraisers. With ticket sales making up 26 percent of the orchestra’s budget, the organization must now rely more heavily on the generosity of donors. The symphony lucked out this year in that its biggest fundraiser occurred days before the state was shut down.

“The annual fund can be impacted,” President John Forsyte says. “We’ve been very blessed by the generosity we’ve seen. We’ve had a meaningful increase in small donations.”

OCSA originally postponed the gala for a few months, and now it is scheduled for spring of 2021. Organizers also plan to host an online auction later this month. The school often boasts creative auction items, and this year, the high bidder gets to test new luxury cars in Napa Valley as part of a special event.

OCSA officials believe they might make up a few losses with the auction being online.

“That’s an advantage,” says OCSA founder and executive director Ralph Opacic. “A lot of folks can’t go to fundraising events because they get priced out. This will allow us to include anyone who wants to participate, which could actually increase giving.”

Opacic, along with many of the nonprofit leaders, tells me that without physical fundraisers, communication with their base has become more important. The school has gone virtual for its students and stakeholders with master classes taught by nationally renowned artists, a virtual opera, and an internet art show.

“What’s important is for nonprofits to demonstrate virtually or non-virtually the value they bring to their stakeholder groups,” Opacic says. “As long as we can continue to show value, those people will continue to give.”

He’s dead right about keeping the relationships going. Relationships are why people give.

Griset Smith says it better than I could: “It’s because of the way we’ve been able to gather in Orange County that we’ve gotten to the point where we are right now. By gathering our desires and our dreams and our hopes and having them made true in Orange County—does it now mean we have to continue to do it physically, together? Or is what’s really special the way we can identify and use the same beliefs to get people to support what they believe in—to find another way to do it?”

We have been on such a roll here with our generosity toward our arts and cultural groups and helping the less fortunate in recent decades. I hope and pray she’s right. 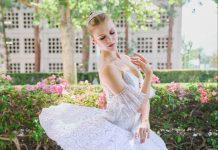