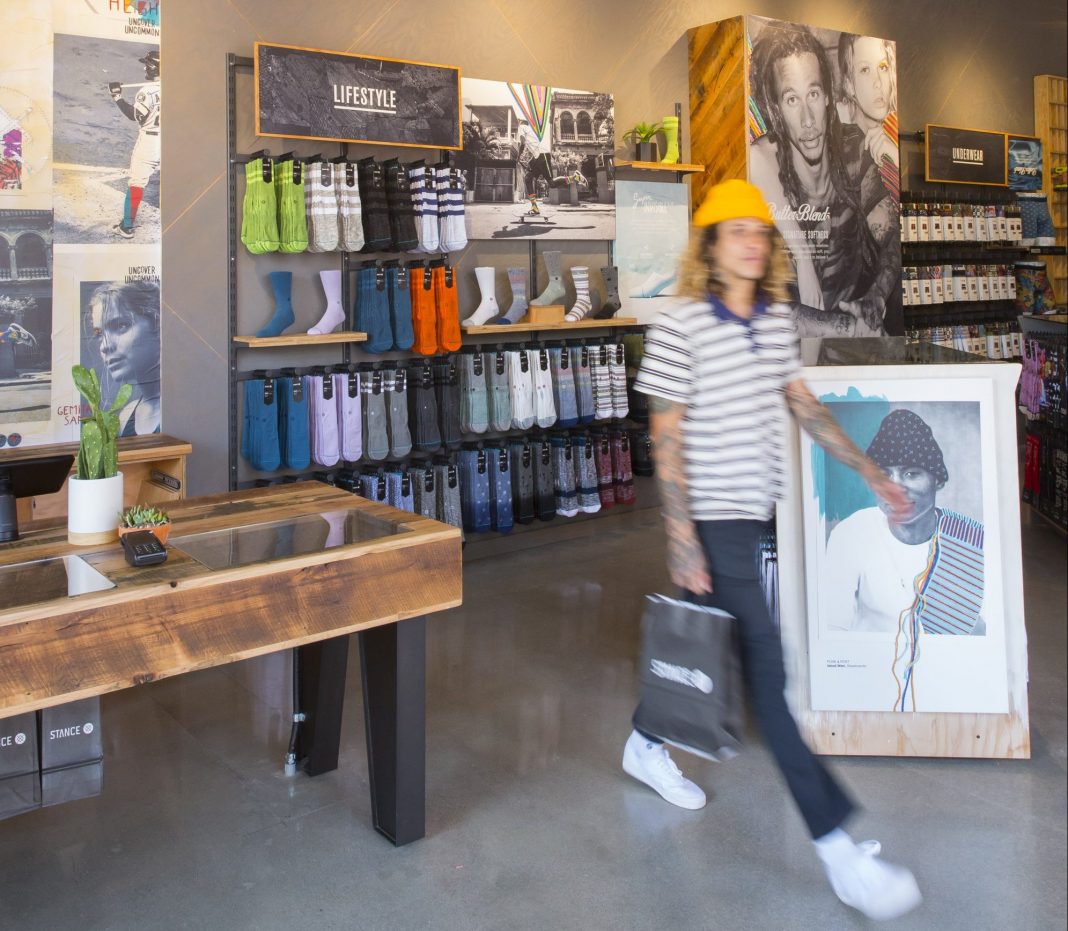 In eight years, the San Clemente-based clothing company, Stance, has taken an overlooked accessory and turned it into a fashion statement. Now sold in more than 60 countries, the brand is the official sock of the NBA and MLB and has collaborated with Rihanna. In August, the company opened its first Southern California store at Irvine Spectrum’s new wing where Macy’s once stood.

Walk through the floor-to-ceiling glass doors and you’ll feel the company’s youthful, artistic culture at every turn: a wall of spools, a custom mural by Brian Bent, and the Punks & Poets wall that serves as an ode to Stance’s brand ambassadors such as NBA star James Harden.

Stance’s inventiveness is also on display; it’s the first retail store in the nation to offer mobile self-checkout that doesn’t require an app—a URL takes you to a barcode scanner and payment processor. Ask a staff member about The Vault to shop hard-to-get and limited-edition products. “We don’t advertise it, we don’t tell anyone about it, it’s not even on display. But if you know about it, our team will give you access to shop it,” says Mike Voegtlin, Stance senior director of retail.