It was a year ago this month when news broke about Harvey Weinstein’s pattern of sexual assaults. Actresses came forward with startling allegations of abuse suffered at his hands. But was this news to Hollywood insiders, or were they complicit in the silence?

As if a dam had burst, disturbing accusations about others flooded the news. Actors, prominent journalists, chefs, CEOs, doctors, and more were named. People who had long been afraid to come forward finally said “Enough.” They were empowered to tell their stories—and the #MeToo movement was front-page news.

As I heard these stories, I was reminded of my own experience years earlier when I went out for an early-morning jog. I can still see it now, as frightening as it was then.

The dark-green car edges slowly along the curb, keeping pace with me as I jog on the sidewalk in my quiet Orange neighborhood. Where is everyone this sunny Saturday morning? Sleeping in, probably, like my husband, who usually joins me on my daily run but opted for a longer snooze today.

The car passes me, then stops. Suspicious? Maybe. Reaching the corner, I turn and see the male driver with his head down. I keep going, heading for home 2 miles away. Suddenly, I sense the car moving, rounding the same corner, keeping pace with me again.

Thoughts swirl in my head, none of them good. Does this man mean to do me harm? Could he have a gun? Tension building to terror envelops me. I scan the vacant street in case I need help, but there is no other car or person in sight. It’s me against whatever comes next. When the driver pulls ahead of me and abruptly stops, I decide to be positive in spite of my fear. The man is probably lost and needs directions.

He calls out as I pass his car. I pause and see he is exposing himself. He makes an obscene remark. My fears are realized. At least I don’t see a weapon. From the safety training I received for my job as a probation officer, I know I need to stay strong and in control, yet I am shaking. With all the bravado I can muster, I point to the street and yell, “You get out of here now!” Then I run.

The car starts up again, continues to the next corner, makes a U-turn, and goes back the same way it came. I see his license plate and repeat the numbers to myself, running as fast as possible. I have nothing to write on.

A sheriff’s vehicle heads in my direction. I frantically wave it down and tell the deputy what happened. When he asks which side of the street I’d been on when the incident occurred, I tell him. He shakes his head and says that side is the jurisdiction of the Orange Police Department. The officer notes my information but advises me to report everything to Orange PD. He doesn’t offer me a ride home. The 2 miles I need to run seem like 10 as I gasp for air, repeat the license numbers, and keep checking behind me.

At home, I call Orange PD. I recite the license numbers as I remember them. When the officer arrives to take my report, he informs me that the plate numbers I’d given came up blank. I realize in my attempt to escape I have mixed up the numbers. Now what? The officer completes his report, gives me his card, and asks me to call him if I remember anything else. What I need to remember is the correct license plate. Without that, nothing else can be done.

I ruminate on the incident all weekend, frustrated that this man could get away. Surely, he’ll expose himself again, maybe next time to a young girl. He might even entice her into his car. He had to be stopped, but how?

As I return from work Monday evening, I have an idea. The exposure happened early Saturday morning. Most likely the young man lived in the area. If I can find the car …

I head to the neighborhood where I first saw him and begin slowly driving the residential streets, eyes peeled for a green car. Within minutes, I see it, pull close, and read the license plate. There are the numbers I remember, only now in the correct order. I copy them carefully. On a nearby property, the garage door is open and several young men are inside drinking beer and shooting the breeze. One face looks familiar. I have the right place.

Once home, I call the officer and give him the correct information. He says he’ll check it out and get back to me. A few days later, he calls.

“We located the car and the owner,” he says. “Apparently, the 20-year-old son had the car last Saturday. We called him in for an interview, but he denied the allegations. We took his picture and would like you to come in and look at a six-pack.”

A six-pack is jargon for a photo lineup of six people who look similar. My job is to select the perpetrator among them.

The next morning, I sit with the officer and study each picture. This isn’t easy. They all look alike, and frankly I hadn’t spent much time looking at the driver’s face. I want this man prosecuted, but I don’t want to identify the wrong person. After much scrutiny, I narrow my identification to two men. It is the best I can do. I learn one of them is correct. If this goes to trial, how will it look? I know the vagaries of the justice system, remembering a recent case in which the victim was castigated for dressing provocatively. Will I be judged for wearing shorts?

The young man is called in again, told of my identification, and eventually admits his crime. The Orange County District Attorney’s Office files charges, and I don’t have to testify. At his hearing, he receives jail time and supervised probation, with the additional requirement of having to register as a sex offender.

When an innocent jog became a threatening experience, my fear was the same as any victim’s. In my career, I dealt with many victims and always felt sympathy for them. After that event, I felt empathy as well. 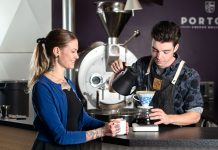 O.C. Experts Will Compete In This Month’s U.S. Coffee Championships 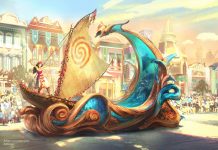 All About ‘Magic Happens,’ The New Parade Coming To Disneyland This Month