I got my driver’s license 20 years ago and when I was asked whether I wanted to list myself as an organ donor, I immediately said no. You don’t want to think of your death. Little did I know that at that moment my kidneys were failing.

In 2001, a biopsy found that I had Alport’s Syndrome, a deterioration of the tiny blood vessels of the kidney. It was hereditary: My dad’s sister died from kidney disease at 18. Years down the road, I would need a kidney transplant.

Still, I didn’t worry. That was far away. I was only at Stage 1 with 80- to 90-percent kidney function. You need to be below 20 percent to get on the national registry. For a decade, I took four or five pills a day and kept running.

But in late 2012, things suddenly went south. I picked up the stomach flu from my grandmother and got very ill. My kidney function had plunged to nearly 20 percent. My doctor told me, “Veronica, it’s time. You need to educate yourself on kidney transplants.”

I put myself on the national registry. The waiting list for my O-positive blood is eight to 10 years. Within the next year, I would have to start dialysis. That meant three times a week, four hours a day, sitting with my leg or arm attached to a machine that gives blood a bath. My siblings couldn’t donate their kidneys to me because they were all at risk of developing Alport’s. My brother is now on the waiting list for a kidney.

Nearly a year went by. On Aug. 15, 2013, at 3:30 a.m., just months before I was scheduled to begin dialysis, the phone rang. My 18-year-old niece Alyssa had been hit by a car while jogging. In the hospital 36 hours later, my sister grabbed my hand. “Alyssa has healthy O-positive blood,” she said. “If she doesn’t make it, we know she would want you to have her kidney.” Alyssa was a scholarship student who was an avid blood donor and member of the American Red Cross.

That afternoon, in Alyssa’s room, her doctors asked me where I was listed for a kidney. At that moment, I knew she was dead. Three days later, I had a 6-inch scar and one of Alyssa’s kidneys inside me.

I was crying when Dr. Gritch, my surgeon, came in to see me. “What are you crying for?” he asked.

I said, “Alyssa should be in school right now.”

“Veronica,” he said, “Not only did your niece save your life, but she saved the lives of three other patients. One got her liver. One got her lungs. Another got her heart and a kidney. You got her other kidney. She saved four lives. She is a blessing and living through others. She has left a legacy behind as a hero.”

On Jan. 2, I will ride on the Donate Life float in the Rose Parade. All of us riding on the float have received donations. People walking alongside are donors. Alyssa’s floragraph—her photo—will be on the sail of the float with others who died giving.

Save lives by becoming an organ, eye, and tissue donor. Register at donatelifecalifornia.org 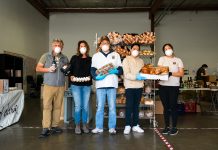 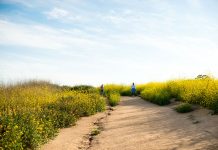