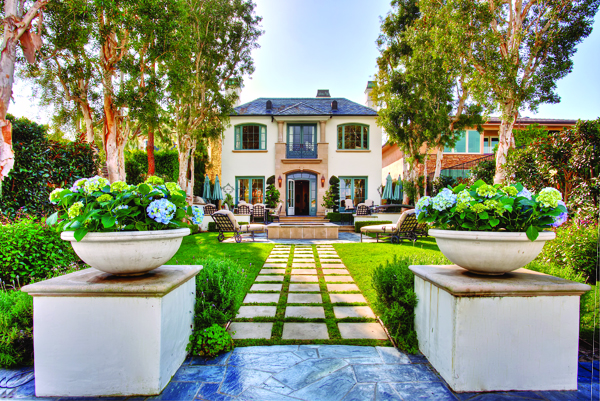 How much is a single square foot of home worth in Orange County? While it can be as much as $10,000 on rare occasions in Laguna Beach, or a couple hundred dollars elsewhere, the county’s median sales price is $335 per square foot—and rising.

Zillow’s economists predict a 5 percent jump in local home values this year, compared with 3 percent nationwide, says Svenja Gudell, the real estate website’s director of economic research. “Orange County is certainly one of the more expensive counties in California, and the nation as a whole,” she says. The local median home’s price per square foot outpaces the state’s by $99, and nearly triples the national median of $118.

This Harbor Island home in Newport Beach comes in at $1,914 per square foot—more than five times the county median. The bayside property, listed at $10.9 million, includes a 5,695-square foot, two-story home, as well as a backyard with a spa, a fireplace, and a double-sided boat dock.

The 1994 French-style residence has five bedrooms and six baths, and four fireplaces. The kitchen comes with a stainless-steel Viking range with a six-burner cooktop and double oven. The garage holds three cars. Listed by Bill Anderson, 949-351-6033. 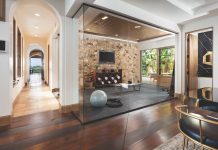 On The Market: Newport Home Makes Fitness a Priority 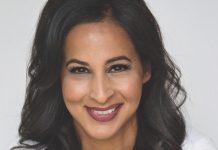 Wisdom From: Life Coach Has Tips for Sticking to Those Resolutions 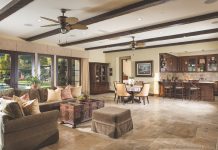