There is a perception that Islam is a barbaric, cruel religion meant to harm others. As someone who was raised in a home that was Roman Catholic and Shiite Muslim, I can tell you that this is not the truth. My mother is Italian, and my father is Iranian. Their improbable love story includes a blind date at a disco, facilitated by my father’s Italian co-worker in a small East Coast town, and permission by the bishop to marry in the Catholic Church, negotiated by a friend who was training to be a priest.

My father says he was duped. He thought he was marrying  Sophia Loren or Gina Lollobrigida, the Italian film sirens he had seen in the local cinematheques in Tehran. Instead, he married my mom, a strong-willed woman we call “Il Generale” behind her back. She kept us all on our toes—and still does. My father jokes that he bought thicker windows for our Huntington Beach home to minimize noise from the heated dinnertime arguments about politics and religion. I found the debates invigorating because underneath the hot air was a deep respect for each other’s culture and religion.

The recent surge of Islamophobia reminds me of the early ’80s and ’90s when Iranians and Arabs were demonized in popular culture. I hated action films because I was tired of the villain resembling people in my family. The Libyan terrorists in “Back to the Future” could have been played by my Iranian uncles. The hatred toward Muslims permeated from the nightly news to families across Orange County to their kids on the playground. I was in second grade in 1980, at the height of the Iranian hostage crisis, when two classmates bullied me, claiming I was the granddaughter of the Ayatollah Khomeini. My vehement denials landed all three of us in the principal’s office. “Camel jockey” and “mud duck” were commonly hurled in my direction as I grew up. I am not Muslim, but I am of Middle Eastern heritage. And that made me a recipient of impolite comments about “where I belong”—i.e., not in the U.S.

I bought into the lies. At age 7, I soaked in all the hatred toward Muslims and Iranians. I rejected my father, his religion, and his culture. I declared to my mother that I wished she had married an American or an Italian. I frustrated her further by rejecting my father’s cuisine, pushing away her carefully prepared, steaming plates of Persian stew. I declared that ghormeh sabzi, with the chunks of beef swimming in a sea of green herbs and kidney beans, was something found in a toilet. I begged for a burger or a taco instead and dreamed about milkshakes from Wimpy’s on PCH.

My father was hurt. He stopped trying to teach me Farsi. He didn’t drag me to Persian New Year celebrations in Irvine. But he understood. He felt the quizzical stares and initial mistrust of strangers. He embraced America and, after spending most of his adult life here, identified more as an American than an Iranian. He realized that the freedom came at a price. Racism and ignorance toward Iranians, Arabs, and Muslims were prevalent, and there was no way he could protect us from it.

I denied half of my bloodline, clutching to the safe Italian side. When people asked where I was from, I would proudly say, “Huntington Beach.” When they prodded deeper into my ethnicity, I always led with Italian, but all they heard was the second half: Iranian.

Later that year, my 70-year-old Persian grandmother came to live with us, and I started to see Islam in a different light. My devout, kind madar bozorg was the antithesis of the angry mobs on TV chanting “Death to America.” She loved America and she loved Americans, particularly emancipated women. She begged my mother to take her to restaurants, where she marveled at the friendly waitresses. Luckily they didn’t bat an eye when she waddled out the door with a headscarf tied under her chin and a breadstick protruding from her purse. Her favorite annual event was Christmas midnight mass at St. Bonaventure church. It contained all the elements of fun for her: good people-watching, devotion to God, music, and laughter. She focused on the similarities between Christianity and Islam. After all, weren’t we talking about the same Mary/Maryam and Jesus?

The Islam I know promotes honesty, compassion, and generosity. It is in Aunt Huri’s bashful face when I jokingly offer her the forbidden ab-joe (beer) instead of ab (water) and she chides me for being cheeky. Islam is the respect for elders that Uncle Ahmad taught me as a young child, scolding me if I ever called him Ahmad instead of Uncle Ahmad. Islam is the compassion my father showed other travelers by stopping on the 405 Freeway to help them fix their cars, much to my mother’s chagrin.

Islam is exemplified by my Uncle Akbar, who chose public health as a profession like I did. He took Islamic teachings to heart and devoted his life to improving the lives of others. He worked in Iranian farm fields combating malaria, and it was the constant exposure to DDT that might have rendered him childless. When his mosque called on him to volunteer, he adopted a family of eight children who had lost their father. He provided them with clothes, food, and education, thereby demonstrating an Islamic pillar of faith—charity and offering to the needy. Once those children were grown, he adopted a family of six children, and another. According to family lore, Uncle Akbar gave more than he could afford, to the point where he couldn’t financially support himself and his wife. He died a few years ago, and he is remembered fondly by the countless families he assisted.

A year has passed since the mass shooting in San Bernardino, but my heart remains heavy. I cannot grasp why anyone would want to take someone else’s life. But to learn that a health inspector, a person who swore to promote and protect public health, was one of the perpetrators shocked me even more. The actions taken by the criminals in San Bernardino, Paris, Belgium, and Orlando do not represent Islam. They used Islam to justify their means. They contorted the religion for cruel purposes. Mass shootings happen too regularly. When they do, I hold my breath to see if the perpetrator is a homegrown terrorist or someone who looks like one of my relatives. If it is a Muslim, Iranian, or Arab, I brace myself for the hate rhetoric.  I can only imagine the difficulty and anxiety of disclosing Muslim faith in actions, words, or attire. To wear the hijab or to pray in public seems like an act of defiance. It takes courage to proclaim your faith in the face of danger.

It took me years of living side by side with my grandmother to understand and accept her faith. I watched with curiosity as she prayed five times a day. The prayers were foreign to me, but the love in her eyes was instantly recognizable. She respected my decision, at age 13, to be baptized in the Roman Catholic faith. I soon discovered that she was much better at following the tenets and commandments than I was. So how could I argue that my religion was better? The three generations in our family had fun learning about one another’s faith, focusing on the beauty in each religion. We celebrated Christmas and the end of Ramadan. I taught Grandmother about Thanksgiving using my school projects as props, and she taught me how to create a haft seen (table setting) for Nowruz (Persian New Year).

Today I continue our family tradition of inclusivity by sending my children to a Jewish preschool. I recently felt a surge of pride and love when they proudly explained Rosh Hashanah to me while dipping their apples in honey. I felt blessed to have ties to three religions as I watched them run around the house pretending to blow the shofar in jubilee. I cannot combat fear and ignorance worldwide, but I can continue teaching my children the same expressions of cultural openness that my parents brought to our family. 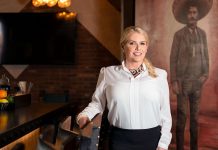 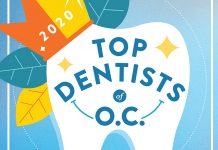