Kool & The Gang’s “Celebration” is spilling across USC’s three beach volleyball courts on a sunny Thursday, but Sara Hughes isn’t in a dancing mood. She’s lying on the ground with sand all over her face after unsuccessfully diving for a ball during a drill. Her coach, Anna Collier, is laughing. So is Kelly Claes, her playing partner. It’s an unusual sight at practice—a mistake met with chuckles rather than corrections. But Hughes and Claes have earned the benefit of the doubt. They each have banners at the university’s Merle Norman Stadium, an honor bestowed upon them for their All‑American achievements. Hughes and Claes won the pairs national championship as sophomores. They went 48-0 as juniors, dropping one set all season. Anything less than an undefeated senior campaign, culminating in another title, would be shocking. The moment these Orange County 20-somethings graduate later this month, they’re expected to officially go pro and garner big-time endorsement deals.

April Ross and Kerri Walsh Jennings are America’s reigning beach volleyball stars. With six Olympic medals between them (three golds and a bronze for Walsh Jennings, a silver and bronze for Ross), they’re the second-ranked pair in the world and easily the best on the domestic tour. Together, they are near-locks for one of what will likely be two American spots at the 2020 Summer Olympics in Tokyo.

But there’s a new duo in town—Hughes and Claes—and they have a chance to become the new faces of beach volleyball.

“Looking at the field of who we’ll compete with for a spot in Tokyo, I think they’re probably No. 1 on our radar,” says Ross, who is from Costa Mesa. “I think they’ve got a really good shot, especially since they have three more years to train.”

Hughes and Claes have ascended in tandem, but their paths and personalities hardly suggested they’d be a cohesive unit, or even that they could work as yin to the other’s yang. Hughes has the more traditional Orange County beach volleyball bona fides. She was born and raised in Costa Mesa with her older brother and sister—both of whom played indoor college volleyball. Her favorite place to hang out is still Huntington Beach. She visits her parents nearly every weekend, and her routine includes volleyball games with friends followed by a trip to Ruby’s Diner on the pier. Sometimes stand-up paddleboarding enters the mix. About the only thing that has changed in the years since she started college is the closure of her favorite Jamba Juice off Main Street, which Hughes calls “completely heartbreaking.”

Hughes still remembers the moment she fell in love with beach volleyball. She was 8 years old, on the north side of the pier at Huntington Beach, when Bill Lovelace—a legendary Orange County coach who died in 2015—told her that she had the best ball control for a kid her age that he had ever seen.

She had the advantage of learning from arguably the greatest women’s beach volleyball player of all time, now-retired Misty May-Treanor, also from Costa Mesa. Hughes would absorb May-Treanor’s training sessions, sometimes getting a chance to hop in with her idol. “She kind of reminds me of me, in a way,” May-Treanor says. “She was just always at the beach.”

By 16, Hughes had drawn the attention of Team USA as its designated wunderkind, and she was promptly sent to Thailand for a professional tournament. By far the youngest in the field, she spent all of 36 minutes on the sand in a match alongside Kaitlin Nielsen—now an assistant coach at UCLA—in a lopsided defeat. “It was kind of crazy that they just sent me there,” Hughes says. “I was blown away by it.” She played volleyball at Mater Dei High School, and earlier that year she decided to commit solely to the beach game at USC. It was a bold move considering indoor was the only sure thing at the next level—beach volleyball had no NCAA-sanctioned postseason then; this changed in 2016. Hughes told ESPN in January 2012 that she was looking for a partner “who is just as committed to beach as I am. I want to win a national championship at USC, and I want my partner … to think the same way.”

That Claes eventually would fit Hughes’ criteria would have boggled Claes’ mind as a kid growing up in Fullerton. The only time she and her three siblings got to the beach was when their parents, both teachers, had summers off and they would all go camping. Other than frequenting Laventina’s Big Cheese Pizza in Newport Beach, Claes’ favorite O.C. pastime is going to Disneyland. She’s also a big gamer, especially when it comes to the “Legend of Zelda” series, which she plays over and over with her sister. That, plus a love of anime and cartoons, leads her to characterize herself as a “huge nerd.” Like Hughes, she visits home most weekends, but only when a parent or her boyfriend is up for driving as she has no car.

Claes was a talented athlete in her teenage years and a domineering opposite hitter and setter for El Dorado High School’s indoor team. Her plan was to go to Long Beach State, where she would continue on the indoor path. Then, more or less on a whim, she signed up for beach volleyball camps between her junior and senior years in high school. Unbeknownst to her, the 5-foot-10 Hughes was searching for a partner with some length at the net. “One of my coaches was like, ‘(Kelly’s) got potential; she’s newer, but tall with a big swing,’ ” Hughes says. “So I said, ‘All right, I’m just going to ask her.’ ” Claes, 6 feet 2 inches, remembers that conversation. “I had no idea what caliber of player she was. I didn’t really understand the USA volleyball system,” Claes says. “I was still learning the ropes of everything. I thought ‘Sure, little blond girl, I’d love to play with you; that sounds awesome.’ ”

What ensued was a shocking third-place finish with almost no prep time at the Under-19 World Championships in Portugal. Claes’ performance caught the attention of USC coach Collier, who worked to bring Claes to the Women of Troy. “I love Long Beach State, but let’s be real. USC has such a great program,” Hughes says. “So I just confronted her—‘Hey, why don’t you come take a look at USC?’ ”
That was enough to do the trick. Hughes enrolled in fall 2013. Claes, originally a grade below Hughes, graduated high school early and enrolled at USC for spring 2014. They played with other partners initially. That was temporary—Collier always imagined Hughes and Claes teaming up again in college. “I never doubted that from the first moment, because I absolutely recruited them together,” she says.

A match against Ross and Walsh Jennings changed everything. By June 2016, Hughes and Claes were well established as the best collegiate pair. NCAA rules prohibited them from collecting earnings in pro tournaments at home and abroad, and their pro results had been so-so. There was a third-place finish at an Association of Volleyball Professionals event in New York in 2015. They produced the same result at the same event a year later. But in the third round of the winner’s bracket at an AVP event in San Francisco, Hughes and Claes nearly knocked off Ross and Walsh Jennings, who were on cruise control en route to their trip to Rio last August. “It was the most that we’ve been challenged on the AVP in years,” says Ross, who went to Newport Harbor High. “I think the only thing that pushed us over the top was, we thought, ‘We’re not losing to these college girls.’ ”

The grueling 54-minute match came down to the third set, which Ross and Walsh Jennings barely pulled out, 17-15. “That was the moment I realized, ‘Wow, these two are going to be superstars,’ ” AVP Commissioner Donald Sun says.

The San Francisco match was the culmination of boundless talent meshing on and off the court. Claes and Hughes consider themselves best friends. “It was kind of inevitable,” Claes says. They were roommates for a semester—despite warnings that spending too much time together could be a mistake—and it went swimmingly. At international events, they try to arrive in time to explore the area as much as possible. On a trip to Klagenfurt, Austria, in 2016, there were days of training, followed by bike riding, swimming, and tasting exotic ice cream flavors. Hughes believes their bond works because “It’s a give and take. If she wants to do something, I’ll be like, ‘Let’s do it.’ When I want to do something, she’s says, ‘All right, let’s go for it.’ ”

It’s not hard to see how that could extrapolate to volleyball. According to Collier, that’s just what happened—after about a year of playing together, the give and take made its way to the beach. “I remember Kelly saying, ‘I don’t even have to think about where Sara is anymore.’ When I heard that, I went, ‘We’re done. We did it. We got it. We’ve got the chemistry, we’ve got everything,’ ” Collier says.

It only gets more challenging from here. Almost beating Ross and Walsh Jennings is impressive—especially for college players—but once they go pro, the expectations will change. Hughes and Claes will have help along the way, including from May-Treanor, who was a volunteer coach at USC during their freshman year. “I’ve talked to many young players, but obviously those two will have a special place in my heart,” May-Treanor says. “They want to come to me for information, so I’m willing to do that.” May-Treanor is an endless fountain of advice, considering she achieved what Hughes and Claes believe is within reach: success at the Olympics.

Claes’ mom bought her and Hughes matching “Tokyo 2020” necklaces, and Claes has featured “Tokyo 2020” as the background on her phone since shortly after the city was announced in 2013 as the host for the summer games. “I’ve been thinking about it for a long time,” Claes says. “It’s the goal. If you’re going to have goals, dream big and really go for it. I feel like we can really go the distance together.”

Whether she’ll admit it or not, Hughes has long known she has a bright future in the sport, and she’s pragmatic about what’s next. She’d like to move forward with Claes, but allows for the possibility of an injury, or something else that could splinter them. Hughes wants to move to Orange County after graduating; Claes is leaning toward living at home in Fullerton with her parents for a bit.

Orange County has become an incubator of world-class women’s beach volleyball talent. Hughes and Claes have a shot at becoming the best from the area—perhaps the best in the world. Though they had different volleyball upbringings, and their initial pairing was mostly circumstance, they clicked. For that alone, Collier believes they’re better off remaining a duo when their USC days come to a close this month.

“There is no limit,” Collier says. “They can be Olympians. They can get on the podium; they can get medals. They can do whatever they want. … Along the way, they may split a little bit, but in the end, they’re going to realize they’re the best together.” 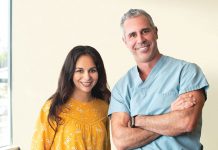 What It’s Like To: Take a VR Tour of Your Brain 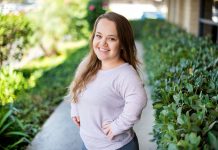 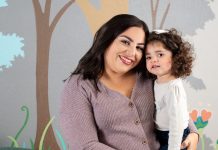 What It’s Like To: Nurture a Child Who Has Had a Brain Tumor