Cocktail afficionados have something new to be excited about this December—Stag Bar in Newport has announced its reopening! Previously known as The District Lounge, the iconic tavern has been one of the most popular bars in the area for over a century, making it one of the oldest drinking establishments in southern California.

“We are extremely excited to celebrate the return of the Stag,” says owner Mario Marovic. “Much of the community remembers the bar fondly as the Stag, as it had been known for generations. It was time to bring it back and properly recognize its incredible history, along with a complete revitalization for many more generations to enjoy.”

Following the end of prohibition in the early 1930s, The Stag was completely remodeled as a modern-day martini bar. The saloon-looking taxidermy, gun rack and spittoons gave way to more upscale fixtures, including a restyled bar and back bar with period art deco features. The dark mahogany bar was also extended to nearly 100 feet in length; making it the longest bar the city. This is the very bar you can order a drink from today, as evident in the framed black and white pictures of the bar in those early days. You’ll also notice the familiar stag head taxidermy and gun rack.

Stag Bar + Kitchen will be open 365 days a year, and will offer a wide list of leading and locally brewed craft beer, seasonal handcrafted cocktails, premium and craft wine and over 75 premium whiskeys, making it the largest selection of brown spirits in the city. Looking for an all-day Happy Hour spot to get your fix? Look no further—Stag Bar has you covered with the longest Happy Hour on the peninsula, served daily from 8 a.m. to 7 p.m.—Now that’s something every imbiber can cheers to! 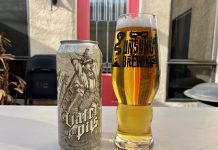 March of Lagers: Find Many Local Versions of the World-Famous Pilsner 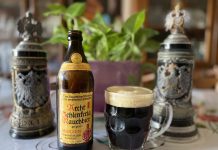 March of Lagers: Rauchbier Tempts With Smoky Notes From an Ancient Style 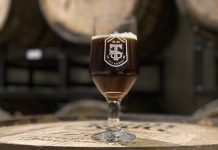